If you want to impress your band members, friends or maybe for a guitar contest or guitar quiz. Here are 10 amazing and interesting guitar facts from around the globe, every guitarist should know.

1.
After the Electric guitars were introduced in 1st half of the 20th century, they have completely changed the landscape of modern music and also created many new genres of music.

2.
Acoustic guitars gained most of their popularity only after the electric guitars came into existence. But still Acoustic guitars have created history and its interaction is still on with modern culture and technology and will go on.

3.
The guitar idea came from Persia (Modern day Iran), earlier they were known as ‘Tanbur’ about 3500 years ago.

4.
Europe was the home of most influential guitars types ever made in 1400AD.

6.
One of the oldest guitar kind of instrument was used in Ancient Rome and was known as ‘Chitara’.

7.
BB King was and is considered a pioneer of the electric guitar in rock music culture.

8.
The guitar became the world’s most popular instrument in the early 1900s.

11.
Until the early 1900s, guitars weren’t the most popular instruments known to mankind. Pianos, Violins and flute were much more in demand and popularity.

12.
Spanish Guitarist Antonio Torres Jurado established the look of a modern guitar which we see today.

13.
he word ‘Guitar’ was named in England after they came to know about the Spanish string instrument called ‘Quitarra’.

14.
You have heard distortion, but do you know where did it come from? The guitar distortion in Marty Robbins song ‘Don’t Worry’ (1961) was an electrical fault in the guitarist’s amp. Hearing this, other musicians sought to recreate this fuzzy tone and designed the commercial distortion circuit in 1962.

15.
John Lennon used to keep his fourth guitar chord slightly out of tune. That’s because initially, he was able to recognize his parts when he used to listen to the Beatles on the radio. And he kept it the same thereafter.

16.
Showcasing rock ‘n roll memorabilia in the Hard Rock Café was started with Eric Clapton, he gave it to the original café in London to be put up over his everyday seat.

17.
Record-setting guitar sold at an auction in 2013 for $965,000 was of Bob Dylan from his 1965 controversial concert. This guitar was missing for nearly 50 years, late it was found and authenticated.

18.
Back in days, Volkswagen had an amazing promotion. Every car came with a limited-edition electric guitar which can be plugged into the and use car system as an amplifier.

19.
Beethoven comment that the “guitar is a miniature orchestra in itself” when the first time he saw Mauro Giuliani play the guitar.

20.
Eddie Van Halen donated 75 of his personal guitars to a public school in Los Angeles for underfunded music education program.

21.
The founder of Fender guitars, Leo Fender, never knew how to play the guitar.

We guess even you might have got fascinated with this amazing guitar facts. Stay tuned and we will come with some more interesting facts about all the other instruments too. 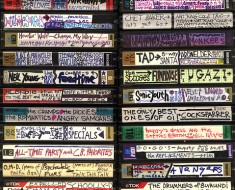 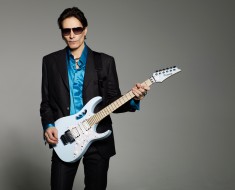 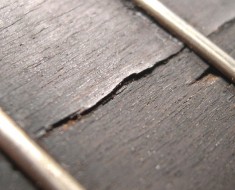 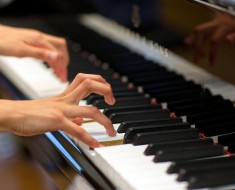 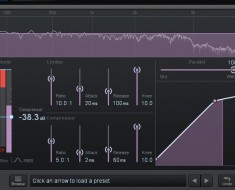 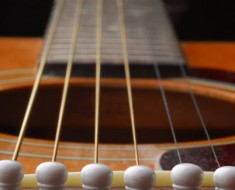