Girls To The Front!

Girls To The Front!

Girls! Have you ever been in the crowd at your college fest anticipating some Hindi cover band to make things alright between you and your boyfriend, and then been disappointed because a bunch of dudes in black t-shirts took over the stage, making strange sounds or playing noise? Or are you one of those girls who came to watch a metal gig and had the time of their lives?

Either way, this one goes out to all the women who attend rock/metal concerts, or are forced to attend by their male friends. If you’ve been to one of these gigs, you know it’s difficult to manage when aggression levels are punching through the ceiling. You have to take care and be on guard whether when you’re around 30,000 people at a Metallica gig or 300 people at a cramped Zygnema gig. Here are some tips for you:

STAY OUT OF THE MOSHPIT!
There have been incidents of girls entering moshpits, from the boisterous to the dainty, and all have ended up differently. An all-girl moshpit during a Scribe gig is okay, but think twice before you get into one of those Undying Inc or Bhayanak Maut pits.

Make your presence known
Rock shows are full of people with long hair and many of them could pass off as girls, or the other way around. Just make sure people around you know that you’re a girl, so your hair doesn’t get entangled in a hand that’s part of a slam dancing frenzy. You could also land up in a moshpit without consent, so better safe than sorry! 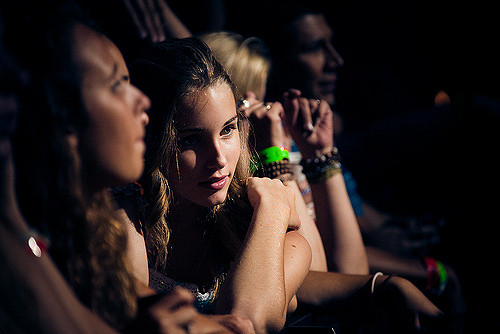 Just get in the front row!

Make sure your clothes/jewellery/accessories are well harnessed
Wear earrings that won’t end up hurting someone or mingling with a fellow headbanger’s hair. Try to wear clothes that stay on your body till the end of the show. Also make sure you don’t wear anything too revealing. You never know whose luck with women ran out a long time ago.

Get ready to throw in a punch.. Any time now!
The sleazebags are everywhere. Be prepared for the worst, because even though there isn’t anything really rewarding in feeling a girl up, the pervs will prevail. You can’t use pepper spray here because 99% of the time you’d end up spraying the wrong person in all the chaos. 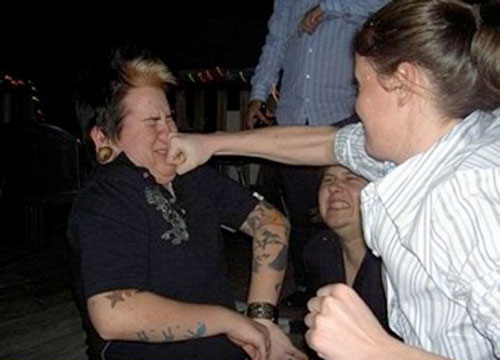 Don’t bodysurf, even if you want to!
I wouldn’t have to elaborate on this. You know what happens when there’s a girl surfing around in the crowd.

Learn a martial art
Well, if you can’t beat them, beat the hell out of them.

The number of female rock/metal listeners is increasing, slowly but surely. Even in a genre of music like metal that’s primarily male dominated in most parts of the world, there are many female metalheads and musicians everywhere. I hope you find this article useful.