The sad news of David Bowie’s death hit us on 10th January, 2016. Two days after his 69th birthday, Ziggy Stardust left us due to his 18 month battle with cancer. BAJAAO pays a homage to David Bowie and signifies how great a legend he was with the pictures that show us his eccentric nature and the true meaning of legend.

David Bowie’s talent drew attention right from the very start. Barely had he graduated from plastic trombone to telling his parents he was going to be a pop star and starting his first band The Konrads at the age of 15 before he was being photographed for Boyfriend magazine alongside a model friend on London’s Kingly Street in 1963. Note the cracked actor expression, already perfected.

Bowie’s development through the 1960s art, blues and mod scene was every bit as restless as his later decades. From The Konrads he shifted to another bluesy act King Bees then to Manish Boys and the Who-indebted Lower Third. A string of singles with these bands, including ‘Liza Jane’, ‘I Pity The Fool’ and ‘You’ve Got A Habit Of Leaving’, failed to make him a star.

Eventually the artist formerly known as Davy (or sometimes Davie) Jones declared that he’d left music to study mime at Sadler’s Wells theatre, but nonetheless stayed with Lower Third until leaving to join the Buzz under the guidance of his new manager Ralph Horton.

By the time Bowie was jamming at LA parties like this in 1971, he’d become something of an androgynous sci-fi cult figure. He’d hit the Top Five with ‘Space Oddity’, from his folky 1969 second album, and appearing in a dress on the cover of 1970’s darker, paranoia-stricken ‘The Man Who Sold The World’. Blasting off in ten, nine, eight…

Whether or not there was life on Mars, something out of this world definitely touched down in 1971’s ‘Hunky Dory’ album, where subversive pop hits like ‘Changes’, ‘Oh! You Pretty Things’ and ‘Kooks’ rubbed up against odes to Warhol and Dylan and semi-prog curios such as ‘The Bewley Brothers’.

Then came Ziggy, beaming down from the ‘… Spiders From Mars’ album to define glam rock, get pictured here onstage at Newcastle City Hall, and then disappear as quickly as he came.

Ziggy Stardust’s interplanetary rock’n’roll story wasn’t just about the songs; his outlandish fashions were just as striking, inspired by the Japanese kabuki style and often making him look like a Martian sun god, a colour-mad gymnast or a man-size Slinky.

Come the tour for 1974’s ‘Diamond Dogs’, his final glam album, Bowie had transformed himself into Halloween Jack, a street rebel from a dystopian future and, judging by shots of Bowie, Angie and their son Zowie Bowie at the Amstel Hotel in Amsterdam, a part-time pirate.

‘Low’ gradually spawned a triptych of Berlin albums; the follow-up ‘”Heroes”‘, released in 1977, was inspired by the Cold War and featured one of his most celebrated songs as its title track. It propelled Bowie back on the road in 1978 for the Stage Tour, which saw Bowie perform in a cage of strip-lights.

Such was his genius, Bowie managed to turn his most challenging and experimental records into commercial hits, and went on to reach Number One in the UK with ‘Ashes To Ashes’ from 1980’s occasionally scabrous ‘Scary Monsters (And Super Creeps)’. But his greatest sales came when he hooked up with Chic’s Nile Rodgers for 1983’s ‘Let’s Dance’.

The success of ‘Let’s Dance’ encouraged Bowie to pursue the commercial side of his music, which led to a string of 80s records in ‘Tonight’ and ‘Never Let Me Down’ that he’d refer to as “artistically.. probably my lowest point”.

Nonetheless, the 80s were something of a golden era for Suave Bowie. He was one of the biggest highlights of the Live Aid concert at Wembley Stadium in July 1985…

He collaborated with his former flame Mick Jagger on the worldwide hit single ‘Dancing In The Street’ the same year, his third best collaboration after ‘Fame’ with John Lennon and ‘Under Pressure’ with Queen and he became the stuff of every child’s Muppetest nightmares as the goblin king Jareth in 1986 movie Labyrinth.

Returning to his solo career in the wake of Tin Machine, Bowie felt creatively unencumbered and spent the rest of his life exploring and experimenting with copious new styles and ideas. Here he’s seen in New York promoting 1995’s dystopian concept album ‘Outside’, subtitled ‘the Ritual Art-Murder of Baby Grace Blue: A non-linear Gothic Drama Hyper-Cycle’.

Reuniting with producer Tony Visconti, who had worked on much of Bowie’s legendary 70s output, 2002’s ‘Heathen’ was hailed as a return-to-form even though the man himself, aged 55 at the time, admitted “the young have to kill the old… That’s how life works… It’s how culture works.”

David Bowie, a bona fide rock giant, icon and pioneer, died from liver cancer two days after his 69th birthday in January 2016, prompting a huge gathering to celebrate his life and work in Brixton and tributes from the biggest names in music. The starman, they hoped, had simply blasted back to his home planet.
9 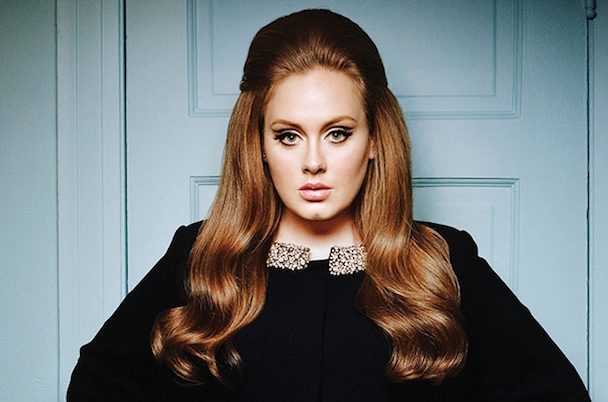