Opera House to reopen in 2016, will return to Concerts & Performances

Opera House to reopen in 2016, will return to Concerts & Performances 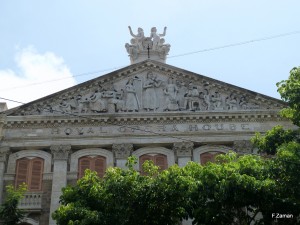 Abandoned over 20 years ago, curtains will go up on the century-old Royal Opera House in the new year. But instead of screening films that had become its mainstay with the advent of cinema, the Opera House will come alive with the performing arts as in the days of yore.
Standing like a colossus on Charni Road, its ornate facade with stone-bracketed balconies and a sculpted frieze across the pediment is already gleaming. The Maharaja of Gondal bought the Opera House in 1952. His son Jyotendra Sinhji, who currently owns it, commissioned its restoration in 2009, which is now nearing completion.
Built in 1911, it comes with a glorious history stretching all the way back to the heydays of Parsi theatre, when Jehangir Framji Karaka, a coal baron and theatre enthusiast along with Maurice Bandman, an entertainer from Kolkata, built the theatre for a sum of Rs 7.5 lakh. Conducted on the lines of its famous prototype in London, the Opera House hosted operas and live performances of the likes of Bal Gandharva, Prithviraj Kapoor, Raj Kapoor and Lata Mangeshkar. It was converted into a cinema in 1935, but theatre retained its toehold on Sunday mornings till 1991, when cash registers stopped ringing and the Opera House shut down. It was one of the biggest cultural casualties the city suffered.
“Right from the start, we were aiming for it to be a performance theatre and not a cinema hall. Today, between the two ends of the city—NCPA and Prithvi Theatre—there are really no active performance venues,” said conservation architect Abha Narain Lambah, appointed to resurrect the structure. “If all goes well” its magical interiors—Minton tiles, marble statues, crystal chandeliers, gold ceiling and famous side boxes—will again draw people, said Lambah.
In a city with largely Gothic-styled structures, the Opera House is the only architectural piece with a Baroque interior, which made it a project close to Lambah’s heart. “There were severe structural threats to this building. There were peepal trees growing out of it and no structural engineer wanted to take on the project. Eventually Satish Dhupelia did,” said Lambah. “The steel had corroded to the extent of becoming like lace. The jack arches had to be supported, balconies tied back, side verandahs reconstructed and roof repaired,” she recalled. The Opera House was on the 2012 World Monuments Watchlist of at-risk sites but “is now safe”, Lambah said. The second phase of restoration is on since 2014.
R L Divakar, manager of the Opera House since the 90s who later became its caretaker even as it fell upon bad times and started to crumble, was emotional when TOI spoke to him. “The final phase of restoration has begun. I’m eagerly waiting to see the curtains go up again. It’ll be good for me, good for the city and generations to come.”
Along the old proscenium stage, 500-seater auditorium and a dome embellished with paintings of a former age, the Opera House in its new avatar will include modern technology in acoustics, stagecraft, lighting and air-conditioning.
With its sights on October 16, 2016, the Opera House will raise its curtains like it had exactly 105 years ago. “But if the city wants to keep a cultural landmark alive, they will have to give it patronage,” she adds. If the past is an indicator, Opera House’s next bright spell may not be a distant reality. 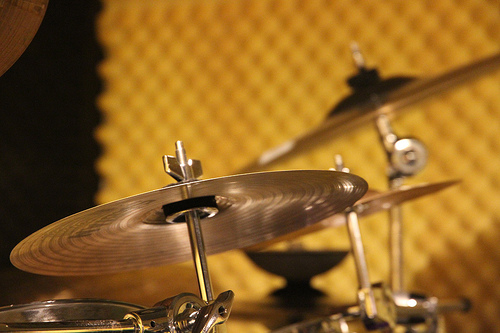