An essential beginners Guide to Cymbals

An essential beginners Guide to Cymbals

Your drum kit without miraculous cymbals is just not good enough, is it? Cymbals add the extra edge to your jam sessions so it is extremely essential to get the best there is in the market. With this guide, we will help you figure out which cymbals are perfect for your music, drum set and pocket of course.

The first question you must ask yourself is: Which is the best cymbal for my kinda music?

There’s no set answer to that question, since many of you might be playing different kind of music, you need to take a lot of things into consideration. Generally, Jazz Drummers opt for very different kind of cymbals arrays, that wouldn’t be a choice for a metal drummer or rock drummer. Which is why we are going to identify different types of cymbals. But before we do that, let’s do a quick show and tell about the Anatomy of a Cymbal.

All cymbals intended for use with a drum set are of the suspended type—that is, they’re designed to be mounted on stands that are either free standing or attached to drum kit components such as the bass drum. A hole is drilled in the center of the cymbal to allow mounting the cymbal to a stand. Most cymbals have a raised center portion referred to as the bell, cup, or dome. Playing the bell produces a higher “pinging” tone than the rest of the cymbal. The remainder of the cymbal is called the bow. Cymbals with a pronounced taper in thickness from the bell to its thinner edge may be described as having ride and crash areas. The thicker portion closest to the bell is called the ride area; the thinner, outer portion is the crash area. Cymbal sizes are designated by their diameter in inches or millimeters. Generally speaking, larger cymbals are louder and have longer sustain. Thinner cymbals tend to have a lower pitch and respond faster. Thicker, heavier cymbals produce greater volume, and thanks to their greater articulation when struck with a drumstick, cut through dense sound mixes better.

Most cymbals are either cast or made from sheets of metal.

Cast cymbals are made by pouring raw, molten metal alloys into circular molds. The castings are then heated, rolled, shaped, hammered, and lathed. This lengthy process results in cymbals with a full, complex sound that many feel improves with age. Each cast cymbal has a distinct sonic character that is unique.

The term “hand-hammered” can be deceptive. The finest cymbals are hammered by a craftsman who actually wields a hammer, applying the hammering one blow at a time. Less costly cymbals may be hammered by a worker using a machine. Truly hand-hammered cymbals tend to produce richer, darker, lower-pitched tones and vary more from one cymbal to the next. Machine-hammered cymbals are typically brighter, producing higher tones that cut more sharply through the mix. They also tend to vary less in sound from one cymbal to the next. Some cymbals are turned on a lathe to impart certain sonic characteristics. Lathing can be done on either the top or bottom surface or both. Many cymbals have bands that are lathed and unlathed offering more tonal options depending on what part of the cymbal is played.Sheet metal cymbals are cut from large sheets of metal of uniform thickness and composition. They have a very uniform sound from cymbal to cymbal within the same model, and are generally less expensive than cast cymbals. Some lower-cost student cymbals have lathe and hammering marks pressed into their surface.You’ll find cymbals with various polish or finish treatments. Cymbals that are fully lathed often have a clear lacquer finish to prevent tarnishing. Some models have “brilliant” or “bright” finishes that are achieved with high-speed buffing. The buffing process can actually dull the sound slightly while contributing an attractive gleam to the cymbals. Cymbal sounds are a very individual preference. Many jazz players favor darker, more complex cymbal sounds, while rock drummers generally lean toward a brighter, louder sound that cuts through the mix. While a few traditional cymbal-manufacturing giants continue to dominate the market, there’s an expanding universe of options to choose from.

Coming back to types of Cymbals.

There are five types of Cymbals, let’s look at them in brief.

Ride Cymbals: Ride Cymbals hold down a steady groove in most drumming styles, it gets the name from the role it plays, to provide a steady, overriding pattern. Though there are many specific role models, some drummers use effects cymbals such as chinas and sizzle instead. But then again, it all depends on what you want. Flat rides are mostly popular among Jazz Drummers.

Hi-Hat Cymbals: Played usually in snare drums in performance, hi-hat cymbals are two cymbals mounted together on a stand and operated by a pedal that opens and closes the pair. The sound produced by hi-hat cymbals is called “chick”. To control the sound and sustain, various pedal positions and varying amount of foot pressure is applied. Generally a 14” pair of hi-hats is used, but then again every musician has its own choice.

China and Effects Cymbals: Famous for dark, trashy sound China cymbals resembles visual and sonic similarities to Chinese gongs. The typical china bell is cone-shaped and is turned up at its edge where the bell meets the cymbal’s bow. Most chinas have little or no taper to their thickness, but there are exceptions to all these physical generalities. Chinas usually range between 12”-26” in diameter. Effects cymbals come in a dizzying range of variations. You’ll find models with holes and rivets that create intensely loud, buzzing and cutting effects. And there are countless more designs out there to create an amazing array of sounds. The sky’s the limit when it comes to their designs and sounds.

Splash Cymbals: Popular among the jazz drummers in early 1900’s, also known as Salsa Cymbals they are very popular among all sorts of drummers. Bell splashes are very thick and produce a bell-like sound; they come in a variety of shapes. Some splashes are designed to be used in stacks with other cymbals and sometimes come in sets. Mounts for splashes are as varied as the cymbals themselves

Check out the cymbal collection on BAJAAO.com that fits both your budget and requirements. Call your BAJAAO Sales Engineer for more queries on +91-22-61054386 and now go play!

The Best Keyboards and Pianos for Beginners
October 8, 2015

The 5 Best Budget Electronic Drum Kits In The World Today

The Best Keyboards and Pianos for Beginners 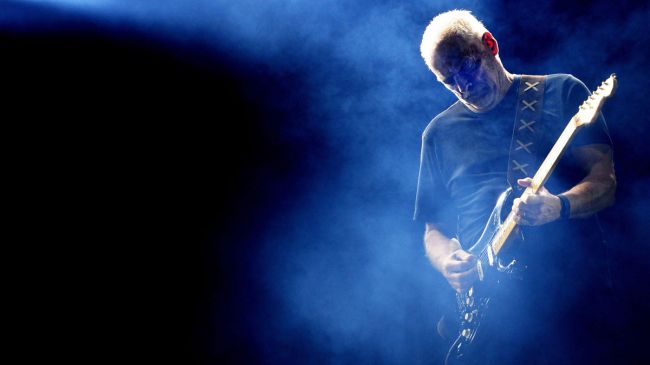