How to Find Your Own Sound

How to Find Your Own Sound

Artists often talk about their “sound.” That Skrillex sound. That Deadmau5 sound. That Armin sound. Etc.

More specifically, though, there’s a lot of talk about “finding your sound” within production circles. The idea that it’s super important to discover a unique way in which you present music to the world.

This is important but I actually think it’s slightly misguided. It’s the wrong approach.

You already have your sound.

Similar to how the sound of your voice is literally different than every other person in the world, the way you approach production (or any art for that matter) is uniquely yours.

This is fact. Your tastes, your inspirations, your emotions, your world experiences all accumulate to a totally unique person who will approach music in a unique way.

The main issue here is that, as people, we often fail to be true to ourselves. We try to fit in — be what’s “hip” or “cool” right now. We try to save face by aligning to social norms.

We are scared to be completely vulnerable. You know that piece of advice you always hear: “be yourself?” This is what it’s referring to. “Just be yourself” can be interpreted as “allow your unique self to come through in all that you do.”

In other words, be vulnerable. Show your true colors. Don’t be something you are not.

The point I’m getting at is that your sound is you. Your sound is you when you are completely vulnerable, not concerned with anything in the studio. It’s when you let your heart speak with complete, unique abandon.

Easier said than done, though. Our actions are influenced by society to follow social norms. We want to save face because sometimes it’s actually the right thing to do. We want to fit in because sometimes sticking out is a bad idea. There’s nothing inherently wrong with these things except that they lead to uninspired copycat art.

People want to be Skrillex. They want that lifestyle, that fame, or even that sound. They strive to produce things so similar to what he does. But why? That’s a complete abandonment of who you really are. Unless you’re consciously doing copy-cat stuff to make cash (because other people like listening to what’s popular), then you have to question why you’d want to mimic someone else so intimately. That’s not being yourself. That’s not being vulnerable.

This is a problem with watching too many tutorials on sound design and production. After a while, you end up creating things far removed from your own personal voice. Your production becomes way too influenced.

Again, nothing inherently wrong with these kinds of tutorials, but use them to learn the tools and techniques and then get the hell out. From that point on, use it for reference or seriously specific things you want to learn (or forget).

So let’s wrap back to vulnerability and get practical. Heady stuff is great but we need some action. What can you do to be more vulnerable and let your personal voice come through?

First up, don’t second guess yourself. Learn to trust your first instincts. Second guessing is usually a result of some stupid external influence causing you to think your first, natural impulse, was incorrect. Anybody who has taken a multiple choice test in their life knows the pitfalls of this. Usually, your first choice is the right one.

Secondly, ignore the thoughts in your head that tell you otherwise. Ever make a 16 bar phrase and think “damn, I wonder if people will think this is engaging enough.” Bad thought. For someone trying to find their sound, all that matters is you’ve laid something out that you dig. Your sound is identical to what you dig. Trying to fit your music into those doubtful, questioning thoughts is a surefire way to mute yourself creatively.

This is not an excuse to be lazy.

Third, don’t actively try to sound like someone else. The first chapter in my ebook is dedicated to recounting the struggle I had trying to be the next Deadmau5 for three years. I spent an intense amount of mental and creative energy trying to make tracks that sounded as cool as his.

I’ll leave you with a quote from reddit about finding your sound (sometimes there is some serious wisdom in reddit):

“Having a signature sound is more of an aggregate effect from making many, many repeated creative decisions based on your personal tastes and sensibilities. If your personal style can be summed up by a single synth sound, you are probably a one-trick-pony producer, and nobody wants to be that.

My advice is not to think too much about trying to get a personal sound at this point. Just learn production the best you can and always trust your own sense of what sounds good and what doesn’t. If you trust yourself, then practice and learn as much about production as you can and you’ll end up with a unique sound. Simple as that. No one else in the world has had your exact experiences, and hence no one can reproduce your exact tastes.” 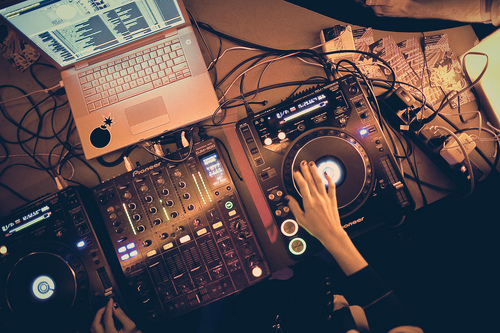