The three years since ‘Unapologetic’ have been the longest gap in Rihanna’s discography so far – in the seven years between exploding out of pop anonymity in 2005 and 2012, she released an album a year. Has this unusually long gestation period been a result of wanting to create something totally different on upcoming eighth album, or mere burnout? We’ll find out soon enough – having revealed the artwork to the album and rumours of a Black Friday release date, the wait is nearly over. Here’s what we know about it so far…

She also recently told NME about her perfectionism: “To me it’s never done until it’s done. Until the final moment.” Only a few things have been given the stamp of approval – of the three official singles so far, we have one huge collaboration with Paul McCartney and Kanye West (‘Fourfiveseconds’), one big-ideas anthem (‘American Oxygen’) and one massive, aggressive tune, accompanied by the most controversial video of 2015 so far (‘Bitch Better Have My Money’). If she wants the new material to be memorable, she’s made a good start.

Second single ‘American Oxygen’ dropped in April 2015, an overtly, unashamedly political creation – and co-writer Sam Harris has revealed Bruce Springsteen’s ‘Born In The USA’ inspired it. Like Springsteen’s track, this is definitely not a straightforwardly patriotic song. In fact, the video intercuts footage from 9/11, the Ferguson riots and the Civil Rights movement with that of Rihanna performing in front of American flags.

Harris commented, “This country is great and has the potential to be something really, really incredible, but there are a lot of problems that we don’t acknowledge and it’s important to shed light on both those things. And if you can do that in a song, that’s the best.”

Then there’s ‘Anti’’s album cover, which contains poetry in braille. In part the poem reads, “What I choose to say is of so much substance/That people just won’t understand the depth of my message”. Rihanna explained, “The whole idea behind the braille is that people who have sight are sometimes the people who are blindest.” We can probably expect more shots at political eye-opening then.

The most personal track we’ve glimpsed from the record so far is the swaggering middle finger of ‘Bitch Better Have My Money’, which Rihanna’s said is about a useless accountant she once employed. She began 2009 worth $7m, thanks to three best-selling albums. By the end of it, she’d lost almost all of that, allegedly because of bad investment advice.

According to legal documents, Rihanna claimed her then-accountant had advised her to buy a “mouldy $7m mansion”, when she was actually running out of cash. The video – and song – is a personal revenge fantasy played out viciously. It’s unlikely that this accountant is the only person to have pissed off Rihanna in the last few years – so there’s probably more rage where ‘BBHMM’ came from.

Bourelly told Noisey, “The 20 minutes it took me to write “Higher” is actually what changed my life, because, even though we wrote “Bitch Better Have My Money” first, she heard that one first.” Bibi’s got her own material (hear ‘Riot’ below) and she’s also written for Selena Gomez and featured on Lil Wayne’s ‘Without You’.

Rihanna also featured a brand new, unheard of actor in her ‘Bitch Better Have My Money’ video: Instagrammer Sanam, who RiRi scouted on the social networking app after she saw her artistic selfies. Her work with Sanam and Bibi indicates she’s keen to have new blood involved in her latest work.

5. IT HAS SOME INTRIGUING COLLABORATIONS

There’s very little set in stone as of yet, but thanks to Rihanna’s Dior ad we know that she’s sampled Florence + The Machine’s ‘Only If For A Night’, and RiRi’s also revealed that her version of the song will be the first track on ‘Anti’.

Outside of that, we know Charli XCX has been writing with her, and that she’s collaborated with Paul McCartney and Kanye, but there are other names being bandied about. Following the chart-topping success of her Calvin Harris collab ‘We Found Love,’ the Scottish producer and Tinashe wrote ‘5AM’ for her, but it’s not known whether or not she accepted the track.

Then there are more rumours, which vary in credibility – Sia, Sam Smith, John Newman, Kiesza, even Jennifer Lopez. Her last album had five ‘feat’ credits, so it’s possible that many of these will come through.

And even though no one trusts Sam Smith any more, the fact that he’s said “I’m personally very excited for Rihanna’s album. I know some stuff about that record that no-one knows” would indicate he’s collaborated with her already. Then again, it could be another of his double bluffs.

6. SHE’S GOT TOO MANY TRACKS TO CHOOSE FROM

We found out that Rihanna had turned down Grimes’ ‘Go’ back in 2014, but there are loads of other tracks she has registered and not released yet. ‘World Peace’ is the only song to have leaked in full, suggesting it probably won’t be an album cut. It’s a straightforward EDM track produced by Kevin Erondu and even allowing for its demo status, it’s nothing like the quality of ‘BBHMM’.

Other songs she’s registered so far have interesting names: there’s ‘Kiss It Better’, which has had an Instagram preview, and then there are a few heavier-sounding ones. ‘Intoxicated’, ‘Overload’ and the slightly less euphemistic ‘Spliff’ sound intriguing. Most curious of all, though, could ‘Não Tenho Culpa (Not My Fault)’ have a Brazilian influence?

7. IT’S GOING TO BE INSANE LIVE

Judging from this recent performance of ‘BBHMM’ at the iHeartRadio Music Awards 2015 – where Rihanna looks like more of a boss than ever, dancing beneath spinning helicopter rotors – the live show for ‘Anti’ is going to be madcap and brilliant.

And if she tours with Kanye, as this fairly credible rumour suggests, it’ll be even better.

8. SHE DOESN’T GIVE A SHIT WHAT YOU THINK ABOUT IT

Rihanna’s already told NME “In my mind [Taylor Swift]’s a role model, I’m not.” She’s just not worried about the children. So with the fury of ‘BBHMM’, and woozy interlude ‘James Joint’ – released on 4/20, in which she coos “I’d rather be smoking weed… I don’t know why, just know I want to” – it’s unlikely she’ll be censoring any of her views. And that can only be a good thing. 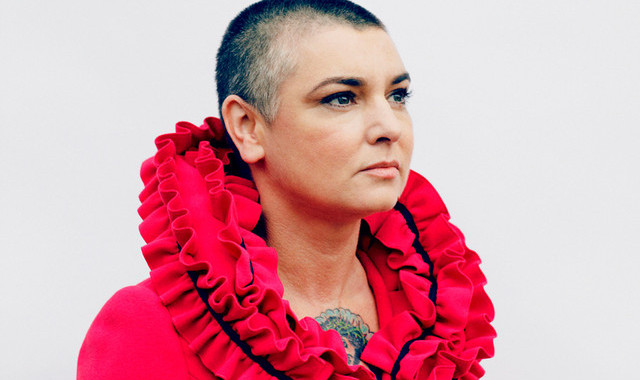