Brian Setzer did something truly extraordinary in the early Eighties.

Despite his 1950s-inspired pompadour-on-acid haircut, his uber-retro-at-the-time hollowbody Gretsch 6120 and his slap-back-delay-laden guitar sound, he and the Stray Cats morphed their retro-rockabilly roots into something new, fresh, exciting and—best of all—modern.

And this was during the days of skinny ties, rampant synth-rock and A Flock of Seagulls, for chrissakes.

Subsequent generations have enjoyed retro revivals of their own (remember the late-Nineties swing craze and the Squirrel Nut Zippers?)—and some of these acts, including the incredible Big Sandy & His Fly-Rite Boys and Wayne Hancock—are still going strong in 2015.

Whether you’re aware of it or not, we’re in the middle of a fairly serious retro revival of our own—and it’s happening across several genres, including rock, country, jazz and beyond. Maybe the “real country music vs. ridiculous, laughable Nashville country music” phenomenon gets all the ink these days, but let us not forget a rising force in rock named JD McPherson.

Below, meet five current artists who are turning their vintage influences into something new and unique. All of them have released new studio albums in 2015. And remember this is just the tip of the iceberg (Be sure to also check out Austin’s Dale Watson and Australia’s Pat Capocci).

Some people have a name for this music: Ameripolitan. They also insist we’re smack-dab in the middle of an Ameripolitan revolution. And I agree. Read on!

Let the Good Times Roll is McPherson’s second album, the followup to 2010’s Signs & Signifiers (re-released on Rounder in 2012), which put the Oklahoma singer-songwriter-guitarist on the “rock ’n’ roll revivalist” map.

In 2015, that map has led him to several high-profile gigs, including Letterman and Conan.

At the core of this sudden McPhenomenon is an incredibly tight and gifted band that’s anchored by former Four Charms bassist (andHi-Style Records owner) Jimmy Sutton and drummer Jason Smay, who all you teenie-boppers might remember from his days with Los Straitjackets.

Let the Good Times Roll definitely lets the good times—and the hooks, thumping bass lines and greasy guitar riffs—roll into the deepest, darkest corners of your grey matter, from which they are unlikely to be dislodged. So, um, don’t bother trying.

As the LA Times put it, the album delivers 11 songs that “split the difference among Buddy Holly, early Stones, the Black Keys and Bo Diddley.” The Black Keys reference is no surprise, since Keys frontman Dan Auerbach co-wrote one of the album’s standout tracks, “Bridgebuilder,” with McPherson.

“I found 1950s rock at just the right time in my life,” McPherson recently told Adam Perlmutter. “It was energetic and fun music for teenagers, but it also had great finesse and musicality. At the same time, it was raw and primal, with the immediacy of the punk rock that I was really into.”

In the intro to this story, I wrote that these five artists are turning their vintage influences into something new. Well, in the case of U.K.-based singer-guitarist Charlie Thompson, that does not apply—at all.

In fact, Thompson’s whole approach involves a charming focus on “old,” as you’ll hear when you press the “Play” button below and check out his look, graphics and album covers.

Thompson’s fairly hard-to-find new album is meant to look and sound as authentically vintage as possible, and he nails it—just as Scotland’s the Kaisers nailed the whole fake-British-Invasion-band thing in the Nineties.

The album, a mix of Western swing, rollicking country tunes and a touch of rockabilly, features the guitar work of the uber-talentedTK Smith, who was a member of Big Sandy and the Fly Rite Trio in the early Nineties. For fans of Smith, this album is a real (and rare) treat.

The Foothill Sessions is not available digitally (not yet, anyway), but it’s totally worth tracking down. It also will be available on vinyl soon.

“Loving Arms,” the opening track fromWorkingman’s Bellfuries (check it out below), starts off like a super-catchy slice of modern, melodic pop—until the glorious 16-second mark. That’s when the guitars, stand-up bass and drums enter the sonic picture, and the song gets even catchier.

That’s also the moment when everything falls into place, and you realize you’re hearing a truly modern, original take on rockabilly. Let’s call it rockabilly pop.

The Bellfuries released an undisputed modern-rockabilly masterpiece, Just Plain Lonesome, in 2001. A few years later, they followed it up with Palmyra, a full-on folk-ish rock/pop album that had rockabilly fans scratching their Layrite-coated heads.

This time around, the Bellfuries have steered the ship at least partially back toward roots-rock territory, turning in another winner. Perhaps Static put it best, calling it “contemporary rock-n-roll that’s the cat’s pajamas.”

“We’re a rock and roll band,” says Joey Simeone, the Texas-based band’s vocalist and chief songwriter. “People are obsessed with categories, sub-genres. We check into a hotel, and the guy or girl behind the desk asks what kind of music we play. ‘Rock and roll.’ Then they ask what I mean by that. Well…

“Let’s see. There’s elements of country music, rhythm and blues. There’s some improvisation on stage that I guess you could say is jazz-inspired. Throw in some gospel…plenty of melodies coming out of older pop tunes. That adds up to rock and roll, last time I checked. If we’re not re-inventing the wheel, I’d rather get to work than worry about renaming it.”

There’s an undeniable Beatles influence on Workingman’s Bellfuries, which is underscored by a rocking new cover of Lennon/McCartney’s “She’s a Woman.” In fact, “Loving Arms” seems—lyrically, at least—to be based on Arthur Alexander’s “Soldier of Love,” which the Beatles recorded for the BBC in the early Sixties.

Note that Workingman’s Bellfuries is another Jimmy Sutton/Hi-Style Records production.

Chances are, if you’re not a fan of modern country music—which Tom Petty recently called “bad rock with a fiddle”—you’d absolutely love Whitey Morgan and the 78’s.

Morgan, a big, bearded native of Flint, Michigan, has about as much to do with the mainstream Nashville country music scene as Kim Jong-un.

“I got my ass kicked on a daily basis and fought like hell each and every time. A growth spurt eventually put a stop to all of that.” Morgan witnessed the toll the city’s troubled economy had on the people closest to him and informs his musical stylings. “Growing up in Flint ignited the ‘never give up’ attitude I apply to every part of my life. That’s what you learn when you grow up in that town. You also learn that you don’t take shit from anyone, ever.”

Perhaps it’s what made Morgan partial to the outlaw arm of country music.

I saw these guys live when they passed through New York City in the spring. Although the guitar is very much alive and well on Sonic Ranch, every six-string player in the band, including Morgan, truly unleashes the fireworks when things get cooking onstage. And pedal steel guitarist Brett Robinson simply … kicks … ass.

Pokey LaFarge
2015 ALBUM: Something in the Water
INFO: pokeylafarge.net

If I were a guest on some bizarre game show and was forced to describe Pokey LaFarge’s music in five seconds or less, I’d call him a “21st century Squirrel Nut Zippers.”

Thankfully, no such demented game show exists—because that description does absolutely no justice to LaFarge, a St. Louis-based singer, songwriter and multi-instrumentalist who is happily unaffected by the music of the past seven or eight decades.

Something in the Water is a mesmerizing trip through American roots music, with an emphasis on ragtime, jazz, swing and country blues. Produced by Jimmy Sutton (yep, the same Jimmy Sutton who plays bass with JD McPherson and produces the Bellfuries), the album features a diverse cast of players, including members of NRBQ, the Fat Babies, the Modern Sounds and the Western Elstons.

Standout tunes include the title track (be sure to check out the music video below), “Wanna Be Your Man,” “Underground,” “Cairo, Illinois” and “Barcelona.”

“The Midwest is at the heart of this record,” LaFarge says. “The people playing on these songs are from Wisconsin and Illinois and Chicago and St. Louis, and there’s a certain attitude that comes across in the songs and the way that they’re performed. I’m born and raised in the Midwest, and my family’s been here for generations. This is where I’m from and how I think, and that’s reflected in the music I make.” 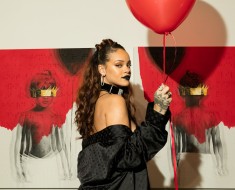 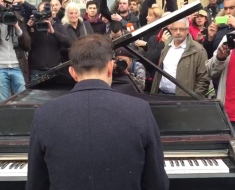 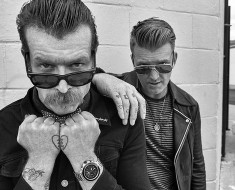 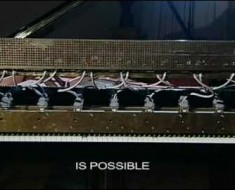 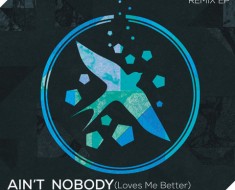