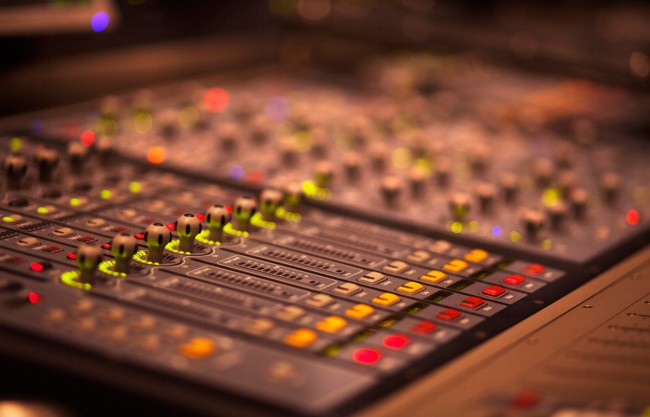 Polarity: What is it?
Polarity, when it comes to recording, means having the speaker move in the same direction that the mic membrane originally moved. For example, if you put a mic in front of a kick drum and the drummer plays the kick, the head initially moves toward the listener in front of the drum. A mic positioned in front of the kick drum will create a positive voltage during the initial attack of the drum. That voltage will pass through the mic cable, mic preamp, through any additional processing (potentially lots of cables and other gear), and at the input of the recorder, it should result in a signal that still has a positive direction, i.e., the visual representation of the waveform in a DAW is a line that goes up from the center line. If the correct polarity is maintained all the way from the mic to the recorder or console through the cabling to the power amp and the speaker (or powered speaker), then the speaker will move forward (positive direction) when the kick drum is played. There are dozens of places that polarity can accidentally be reversed — at every cable connection or even acoustically at the mic if using an omni or bidirectional ribbon mic that is reversed. Can you trust that any cable or piece of gear is correct when it comes to polarity? In a word, no. Over the years, I’ve encountered mic cables that were wired wrong, inverted patch points, mics that were wired with incorrect polarity, even a tape machine where the output transformers were removed, and the polarity flipped from input to output.

Why and when does polarity matter?
For acoustic purposes, when using multiple mics on a single instrument or especially when multi-miking a complex instrument like a drum kit, the relative polarity of the combined mics is critical. Can you tell if the polarity is correct just by listening, or do you need gear to tell you when it’s right? To the trained ear, reversed polarity may be obvious between two mics when side-by-side, but having a tool to identify polarity issues for you is much easier. One wonderful tool that I’ve used for years to confirm polarity is the Galaxy Audio Cricket polarity test set. It consists of two handheld boxes (an emitter and a receiver). The emitter creates an audible pulse (a thump) that is basically the top half of a square wave, hence a positive excursion. The receiver has a microphone that hears that pulse and indicates whether the polarity of the sound is positive (illuminating a green LED) or has been reversed to negative (illuminating a red LED). By putting the emitter at the front of the audio chain, either via a line input or in front of a mic, and the receiver at the end of the chain, the speaker, it is possible to confirm whether the polarity is correct or has been reversed.

When stereo-miking instruments or multi-miking, polarity is critical to ensure an accurate representation of the sound. For drums, if the polarity of the snare mic is wrong relative to the other mics, the snare drum will sound hollow with no low end — the opposite of what you want. If stereo miking a guitar or piano, incorrect polarity on one of the two mics can make for a hollow center and confusing stereo image. So always confirm the polarity of your mics and signal path before a recording session or live show, especially when working with new or unfamiliar gear. 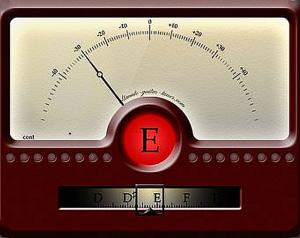 Do You Suffer from Guitar-Tuner Dependency?
November 27, 2015