New album ‘A Head Full Of Dreams’ will be released in December.

Despite famously “consciously uncoupling” from frontman Chris Martin over a year ago, it had already been confirmed that Paltrow will provide backing vocals for a track called ‘Everglow’.

Now, it has been revealed that Paltrow also penned a line on the record. Martin recently revealed to Q Magazine that the star inspired the lyric: “How come things move on / How come cars don’t slow,”.

“She came up with the idea so I said, ‘Is there any chance you’d sing that line cos it’s your idea’ Like any human, she was like, ‘I can’t do that! I’m not a professional!'” Martin explained.

Paltrow has previously teamed up with Huey Lewis for a cover of Smokey Robinson’s ‘Cruisin” in the 2000 film Duets and performed a cover of Fleetwood Mac’s ‘Landslide’ on Glee.

Coldplay’s forthcoming album ‘A Head Full Of Dreams’ will be released on December 4 via Parlophone/Atlantic.

The first track from the LP ‘Adventure Of A Lifetime’ was recently unveiled.

Speaking about the new album previously to Zane Lowe, frontman Chris Martin hinted that the record could be the band’s last, saying: “It’s our seventh thing, and the way we look at it, it’s like the last Harry Potter book or something like that. Not to say that there might not be another thing one day, but this is the completion of something… I have to think of it as the final thing we’re doing. Otherwise we wouldn’t put everything into it.” 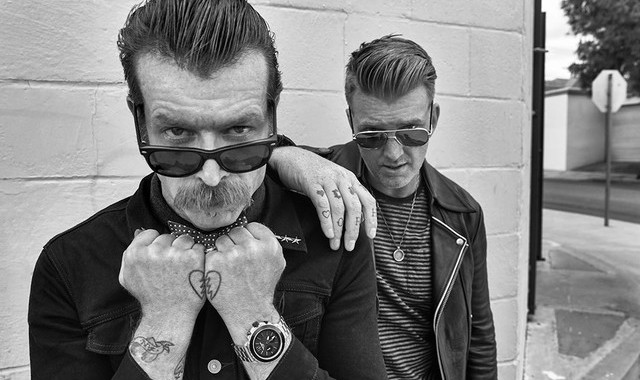