Ed Sheeran recently tweeted that he shows the below song – written at the tender age of 12 – to “anyone that ever says I was born with natural talent”. These things take practice.

Still, some stars are bound for greatness, and although hindsight might make it easier, you can see the potential in most of these young musicians, from Britney to Bono…

1. BRITNEY SPEARS
At 10 years old, Britney appeared on Star Search, a talent competition with alumni from Aaliya to Usher. Here, all the way back in ’92, she’s got all the vocal oomph to build the bridge she’s banging on about, which makes it almost incomprehensible that she lost to Marty Thomas. He went on to star on Broadway and now has a roving diva tribute act. Britney’s, well, Britney.

2. LIZZY GRANT (LANA DEL REY)
It’s odd seeing Lana like this, in a t-shirt and jeans. Other than her name and packaging, her music is almost exactly the same it is today – moody noir mining the rich vein of ’60s femme fatale chic. But image makes a huge difference, and without her dangerous persona, Grant looks nervous when addressing the audience.

3. STEFANI GERMANOTTA (LADY GAGA)
No meat dresses here. It’s 2005 and we’re at New York University’s Inter-Residence Hall Council – a student union, basically – where future Gaga’s playing her own smooth jazz barefoot, in a long dress. As one of the onlookers says afterwards – somewhat confusingly, but we’ll go with it – “Norah Jones, look out”.

4. ROBIN PECKNOLD (FLEET FOXES)
The Fleet Foxes frontman is just 17 here, playing Simon and Garfunkel’s ‘America’ with a mate called Aaron Mannino, whose dad posted the vid on YouTube. They also recorded a version of Radiohead’s ‘Let Down’.

5. GREEN DAY
Billie Joel Armstrong’s 17-year-old son is launching a music career under the name Jakob Danger. Here’s dad in May 10 1990, as the band play songs from their first album ’39/Smooth’ (released in April of that year) plus one that would later feature on 1992’s ‘Kerplunk!’ (‘Who Wrote Holden Caulfield?’). Original member John Kiffmeyer plays drums for the gig, pre-Tré Cool. Bonus points for the awkward teens half-dancing in the background.

6. THE MANAGEMENT (MGMT)
Depending on what you think of MGMT you’ll either find this really annoying or strangely endearing. Andrew VanWyngarden and Ben Goldwasser took on the Talking Heads’ ‘This Must Be The Place’ at Wesleyan University in 2003, taking themselves about as seriously as they take the real world. Halfway through, Goldwasser loses track of the lyrics and starts laughing. It’s pretty great.

7. KATY HUDSON (KATY PERRY)
Perry was once part of a very religious family – her parents were missionaries – and her eponymous debut as Katy Hudson was a Christian rock album. This is it. Speaking about her religious upbringing, she’s since said “I didn’t have a childhood”.

8. TRENT REZNOR
Before rocking out with Nine Inch Nails, Reznor was covering Billy Idol, and doing appropriately dramatic dance moves. Very ’80s, and the very opposite of NIN.

9. DRAKE
Drake – Aubrey Graham – was once a star on Canadian high school drama Degrassi. In this episode his character freestyles a line including “shut up, girl, and make my lunch”. Lovely.

10. DANIEL ROSSEN (GRIZZLY BEAR)
Sure, five years old is probably a bit too young to be able to tell, but Rossen Jr (now 33) has such charisma as Elvis it’s hard to believe he’d have ended up anywhere but the stage.

11. ROBYN FENTY (RIHANNA)
Here the Barbadian pop maverick is just 15, taking on a Mariah Carey song in 2003. She doesn’t exactly hit every note, but don’t complain too hard because A) she’s 15, B) she’s completing vocal runs that would make your nan weep, C) she’s now Rihanna.

12. HYPE (U2)
U2 are Hype here – a name totally appropriate for them, because Bono looks and sounds like an excited puppy. Their glam punk is full of attitude, even if it does now look a little ridiculous.

13. LAURYN HILL
A 13-year-old Lauryn Hill received an initially negative reaction from Harlem’s Apollo while performing Smokey Robinson’s ‘Who’s Lovin’ You?’. After the show she cried, but she wasn’t deterred from a career in music. Her mother Valerie later recalled, “I said, ‘Now, if every time they don’t scream and holler you’re gonna cry, then perhaps this isn’t for you,’ and she looked at me like I had taken leave of my senses. To her, the mere suggestion that this wasn’t for her was crazy.”

14. JUSTIN BIEBER
Biebz was just 12 when he performed this cover of Edwin McCain’s ‘I’ll Be’. Not everyone could sing like this at 12 – but then not everyone has left a pet monkey at German customs.

15. NICKI MINAJ
“I only rap because I’m good at it”, says Minaj in this ‘Freestyle’ clip from 2007 in which she also thanks her fans and does a two-minute actual freestyle. “I’m good at what I do so that’s why I act the way I act… it’s not that serious,” she explains. She doesn’t lie.

16. HEADLESS CHICKENS (RADIOHEAD)
This footage emerged in July, from a gig in the late ’80s by Thom Yorke’s pre-Radiohead Exeter band Headless Chickens. It’s way more upbeat than Radiohead’s version, it’s got some warbly backing vocals and it’s presumably Thom Yorke’s intellectual property, given that he used the song later for Radiohead.

17. SAM SMITH
The only surviving trace of this early Sam Smith song is in this remix. You can see why, because it’s pretty terrible, with Smith’s usually tempered vocals here going way OTT. Some things are better left in the past. 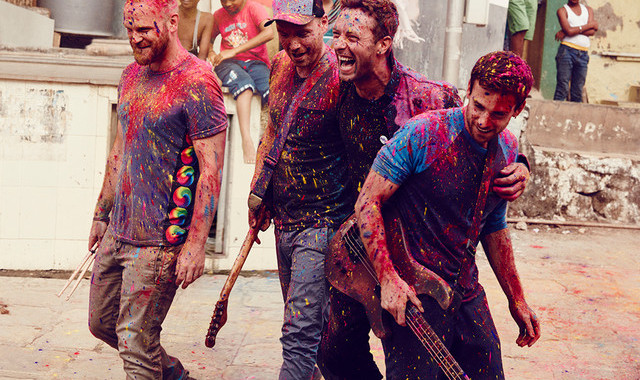