The history of the guitar synth

The history of the guitar synth Many have tried to make the guitar synth cool. Most have failed. Let’s take a quick journey through the evolution of the instrument…

The fact that Boss’ new SY-300 can be played from any guitar actually harks back – long before the hexaphonic pickup made its debut – to the very first processor that was marketed as a ‘guitar synth’: the EMS Synthi Hi-Fli, a large tablet-like structure on a stand as used by David Gilmour.

This, though, may just be thought of as an analogue multi-effects processor that simply processed the sound of the guitar’s output as it combined ring modulation and other effects. Other companies, such as Maestro with the USS-1 Universal Synthesizer, produced similar products.

The big step in guitar-synth evolution was pitch-tovoltage conversion technology, manifesting itself in 1977 in Roland’s first foray into guitar synths, the GR-500, as heard on David Bowie’s Ashes To Ashes.

This consisted of a guitar (GS-500) equipped with a hexaphonic (or divided) pickup that senses the sound of each string separately, connected by a multicore cable to a desktop synth unit. 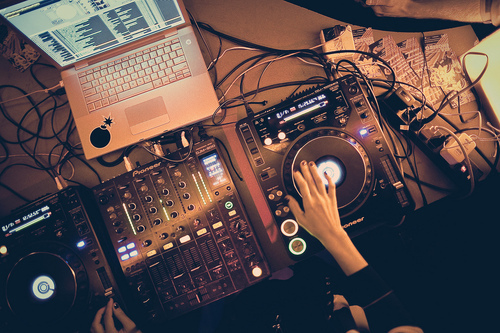