The Killers frontman Brandon Flowers has said musicians should “try not to be afraid” following the Paris attacks.

At least 129 people were killed and around 350 are injured after a series of violent attacks in the French capital on Friday night (November 13). Music venue Le Bataclan was the worst hit, with 118 civilians killed during a shooting at an Eagles Of Death Metal concert.

Speaking in a new interview with Loaded magazine, Flowers said he hoped fans would continue to attend concerts and that musicians would not “let what happened get the better of us.”

“Some of the greatest experiences in my life have been at concerts. To think that people will be afraid to go to concerts now is a shame. I hope we don’t let what happened get the better of us.

“I’m not the ambassador for all musicians,” he continued. “And I totally understand why some people have been cancelling tours. What happened was heartbreaking. My heart goes out to the people who died. But I feel it’s important to try not to be afraid.”

Musicians around the world have reacted with horror to the attacks, including those who have friends in the city and others who have performed at Le Bataclan venue over the years. Among the artists who have delivered messages are Taylor Swift, Pharrell Williams, Justin Bieber, Jared Leto, AC/DC, Sam Smith, Snoop Dogg, Justin Timberlake and more.

Prince, Deftones, Marilyn Manson, Motörhead, U2 and Foo Fighters are among the artists cancelling gigs, and in some cases postponing full tours, following the attacks.

Today (November 17) the Official Chart Company reported that Eagles Of Death Metal have entered the UK Singles Chart at Number 96, with this expected to rise in the days to come.

An online campaign was recently launched to get the band’s cover of Duran Duran’s ‘Save A Prayer’ to the top spot to “show solidarity against terrorism and support for peace”. 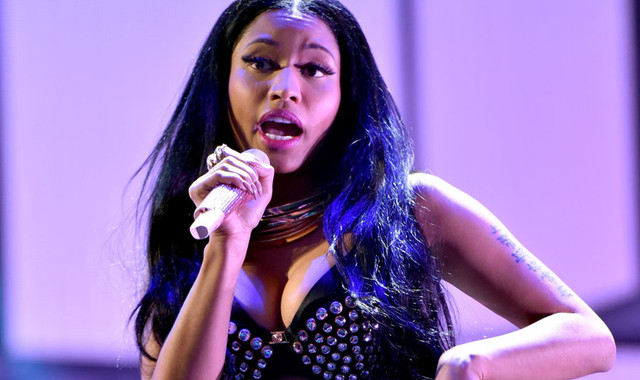 Nicki Minaj’s ex-boyfriend threatens to sue after alleging he wrote her raps
November 19, 2015