Metal Mania, the new heavy metal property initiated by Hard Rock Cafe and powered by BAJAAO Entertainment (BAJAAO Entertainment is the events and services division of BAJAAO.com) is creating waves across the metal music scene. With the frequency of metal gigs in cities like Hyderabad going up, the monthly metal night is one of the most happening nights at Hard Rock Cafe Hyderabad. The metal night this month will take place on Thursday, 19th November with Bangalore tech metal band Escher’s Knot and Hyderabad’s very own death metal band Escharified.

Hyderabad has been quite active in the past few months thanks to Metal Mania. Abijith Rao, vocalist of Escher’s Knot said, “Hyderabad has been one of the most insane crowds we’ve ever played to. We’ve had a broken arm in the past!” expressing how crazy the crowd gets. When asked about his thoughts on Hard Rock Cafe hosting metal nights on a regular basis, he said, “HRC supporting metal is a double whammy. From Sledge to Skrypt, Hyderabad has had a killer metal scene and to be part of it and play for the crowd again is going to be an insane one. Looking forward to the whole new generation of metalheads!”

The metal gigs follow the same format as any other music night at a Hard Rock Cafe on Thursdays. When asked about why they felt the need to have a metal gig once a month at the Cafe, Rohan (Assistant General Manager – Events for Hard Rock Cafe) said, “There are fewer metal gigs taking place in cities like Hyderabad and Pune. We wanted to experiment with the genre and see how it worked out.”

The metal nights have been creating quite a buzz after bands like Eccentric Pendulum, the Down Troddence, Skrypt, Godless and Paradox Pulse have performed at Hard Rock Cafe in Hyderabad. “There are people in my events team who like metal music as well.” added Rohan. All bands playing metal nights at Hard Rock Cafe Hyderabad are programmed by BAJAAO Entertainment. 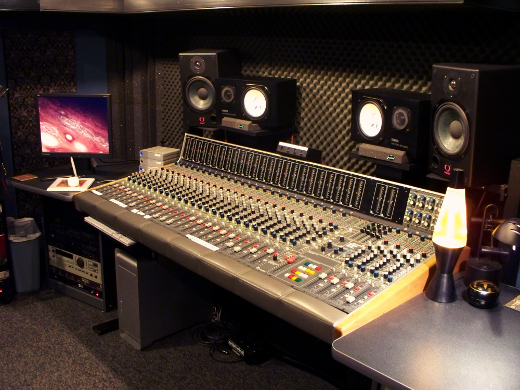 Seven Steps for Cleaning Up Your Music Mix
November 18, 2015