The previously unnamed man who played John Lennon’s ‘Imagine’ on a portable piano outside Paris’ Le Bataclan – scene of a deadly terror attack – has told the story behind his performance.

David Martello, 34, embarked upon the 400 mile trip after hearing the news on TV in a German pub, the Guardian reports.

“I phoned my friend to talk about it, got in the car and drove all through the night,” he said. “I just knew I had to do something… I wanted to be there to try and comfort, and offer a sign of hope.”

At least 127 people are reported dead after a series of violent attacks in Paris on Friday night. Le Bataclan was among the worst hit, with 87 civilians killed during a shooting at an Eagles of Death Metal gig.

Members of the public gathered outside the venue on Saturday morning (November 14) as Martello, who had travelled all the way from Konstanz in Germany, played an instrumental version of Lennon’s famous track. Watch the footage below.

Lennon’s ‘Imagine’ famously features the lyrics: “Imagine there’s no countries / It isn’t hard to do / Nothing to kill or die for / And no religion too / Imagine all the people / Living life in peace”.

Martello, who also performs under the name Klavierkunst, is known for travelling around conflict zones playing his portable piano attached to a bicycle. He previously performed at the site of the Charlie Hebdo attacks earlier this year.

According to Martello’s website, his goal is to “play in every capital of the world with his grand piano.”

Eagles Of Death Metal are reportedly all safe though a statement released after the incident states that they are still trying to determine the whereabouts of their crew.

Many notable artists have been quick to voice their support for the citizens of Paris affected by the attacks on Friday. Both Madonna and U2 are among those who have sent messages.

The likes of U2 and Foo Fighters are among those who have cancelled gigs in the city in the days following the attacks.

A campaign to get Eagles of Death Metal to Number One in the UK charts has been launched in the wake of the attacks. 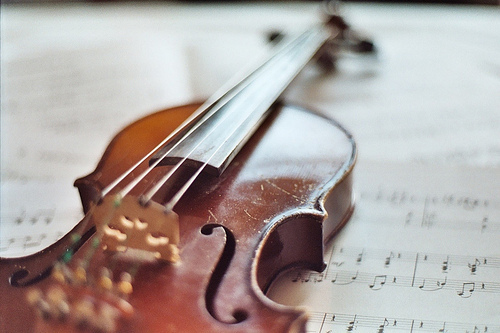