The drummer for Goodbye to Gravity, Bogdan Enache, who was playing in the Colectiv club in Bucharest on Oct. 30, died tonight, according to Billboard. This now brings the death toll to 45 from tragedy, which also claimed the lives of the Romanian metal band’s two guitarists.

The Interior Ministry said that Enache was being transferred to Zurich, Switzerland, by plane for treatment for his burns, when he went into cardiorespiratory failure. The plane then headed back to Bucharest as medics tried to resuscitate him for more than an hour. After they landed in Romania, Enache died.

Early last week, Romanian police arrested the owners of the Bucharest nightclub where the tragedy, which injured hundreds of fans, occurred. The men were charged with suspicion of manslaughter and accused of deadly negligence in the blaze.

Just days later, Romanian Prime Minister Victor Ponta resigned, saying that “I am obliged to take note of the legitimate grievances which exist in society. I hope handing in my and my government’s mandate will satisfy the demands of protesters.”

Even after his resignation, there have been protests in Romania. President Klaus Iohannis appeared at one in University Square this afternoon, where demonstrators booed him and called for his resignation.

Dozens of fans still remain hospitalized with serious burns from the accident, which occurred after pyrotechnics at Goodbye to Gravity’s show ignited the club, leaving fans scrambling for the one exit. Authorities say the death toll could still rise. 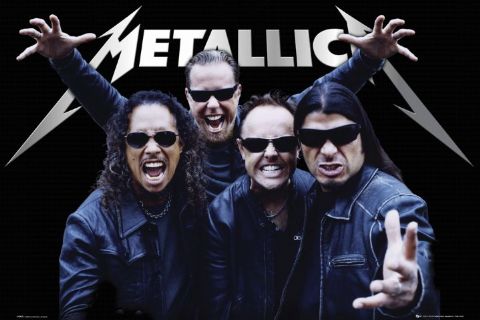 Inside Metallica’s Struggle to Move On With Jason Newsted
November 9, 2015