35 Years Ago: Kiss Conquer Australia, Even as U.S. Popularity Plummets

35 Years Ago: Kiss Conquer Australia, Even as U.S. Popularity Plummets

By the release of their 1980 album Unmasked, Kiss‘s following in the United States had declined drastically.

Looking back, it’s shocking to think that just two years earlier the Kiss machine looked like an unstoppable juggernaut built to rake-in massive crowds (and dollars) in perpetuity. But Unmasked – like its predecessor, 1979’s Dynasty – hewed towards a more polished, poppier style than the gritty rock and roll foundation on which the band had built their reputation. The cultural winds were also shifting in the wake of punk and disco.

Nevertheless, the demand for Kiss remained brisk, even rabid, in other parts of the world – most notably Australia, where the band kicked off their four-night debut on Nov. 8, 1980 at the since-demolished Perth Entertainment Centre.

Kiss sparked a protest consisting of just one person, according to local news reports. Overall, however, collective anticipation for Kiss’ first Down Under shows was high, fueled in part by the Australian success of the sugary-pop ballad “Shandi” from Unmasked. Numerous clips from the period underscore how media from throughout the country began to buzz well before the band’s visit.

The enthusiasm of the crowds made it possible for Kiss to put on a brave face and bask in the sea of cheers they were met with every night, but the armor were starting to crack in earnest by this point. Things would only get worse.

Kiss had announced the departure of founding drummer Peter Criss earlier in 1980. Several years later, they publicly disclosed that Criss hadn’t actually played on Dynasty or Unmasked – other than the Dynasty track “Dirty Livin.’” His replacement, the late Eric Carr, joined one of the world’s biggest acts just as its fortunes were sinking.

Tellingly, Kiss didn’t tour the U.S. in support of Unmasked. Meanwhile, tensions between founding guitarist Ace Frehley and bandleaders Paul Stanley and Gene Simmons came to a head the following year, during the making of the follow-up to Unmasked – 1981’s disastrously poor-selling (Music from) The Elder.

Australian fans, of course, couldn’t detect any of these simmering troubles through the din of fireworks, power chords, and their own screams of excitement. Kiss’ 1980 tour of Australia and New Zealand marked a high point that, in retrospect, seems strangely incongruent with the troubled waters the band found itself in at the dawn of a new decade.

In one news clip where the band – seemingly in good spirits – says goodbye to their Australian fans, Frehley concludes “We’ll be back next yee-ah.” It was not to be. The 10 shows Kiss played in the South Pacific actually marked the end of the line for the short-lived Frehley-Carr lineup as a live entity, and it wouldn’t be much longer before Kiss were forced to radically re-think how – or if – they were going to remain viable. 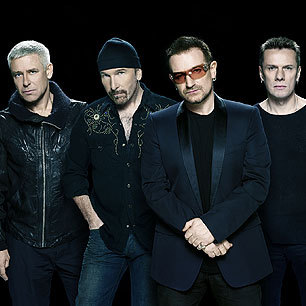