Considering how this project has been so endlessly dissected, it might seem difficult to compile a list of 10 things you didn’t know about Led Zeppelin IV. But that’s just what we asked from George Case, author of Led Zeppelin FAQ: All That’s Left to Know About the Greatest Hard Rock Band of All Time.

Far from a typical biography, Case’s book jumps in a dizzying but wonderful way across years and topics to explore the band’s work from every perspective possible. As Case explains, “I started off as a fan, but I wanted to write more than just the traditional fan biography. I wanted to dig a little more into the whole cultural background of what Zeppelin was doing when they were actually an active group.”

This is partially done to debunk the sometimes erroneous legends that have surrounded the band over the years: “There seems to have been a mythology put onto them since they broke up, and the fan community has read so much into the music and the album covers and what the band was doing, and when you go back to the actual interviews of what they said they were doing it, they’re actually a lot more off-hand about it than people might suspect.”

Which makes a lot of sense, given the band’s schedule at the time. “Those first four albums were made in less than two years, so obviously they were working at a really fast pace. They didn’t have time to think about everything they were doing and try to come up with a reasoning for why they made the songs, or what they put on the album covers. So, I was trying to remind the readers about that, that a lot of this was more haphazard than it seems to be in retrospect.”

It’s a fantastic read and we highly suggest you check out the book – and of course, this list of 10 Things You Didn’t Know About Led Zeppelin IV, as we celebrate the album’s arrival on Nov. 8, 1971.

1. They had a good reason for not including their name or faces on the cover.
“The cover wasn’t meant to antagonize the record company,” Jimmy Page told reporter Brad Tolinksi in 2001. “It was designed as our response to the music critics who maintained that the success of our first three albums was driven by hype and not talent. … So, we stripped everything away, and let the music do the talking.”

2. The opening sounds of “Black Dog” are a byproduct of studio technology.
As Case explains, “Page did a lot of overdubbing, so when you’ve got three separate tracks of guitars to be played together, they have to get synched. It’s the sound of the tape rolling. He could have cut it out. It’s just them getting lined up from the separate takes and all.” Instead, the guitarist left them in, thinking it sounded like “the massing of the guitar armies.”

3. Robert Plant‘s the only one moving at normal speed on “When the Levee Breaks.”
Much has been made of the Headley Grange stairwell that helped capture that massive “Levee” drum sound: “People wonder how that sounds so planetary, but there was a natural echo there, and then they put more on it. They also slowed it down in the mix so it sounded really booming, had this huge reverb to it. It’s almost physical when you listen to it.” In fact, “The only sound on ‘When the Levee Breaks’ that’s recorded in natural time is Plant’s voice. Everything else is slowed down just a little bit to make it really heavy.”

4. If you had to pick the least popular song on the album, it would probably be “Four Sticks.”
Although he’s quick to label it “a very tough call,” Case mentions in the book that the rhythmically tricky “Four Sticks” is probably the least essential of all the songs on IV. “I don’t think it’s bad at all, but I think of all the songs on the record it’s the least listenable.” Perhaps the band agrees: “Seven of the eight songs from that album are on their 1990 box set, and ‘Four Sticks’ was the one that didn’t make it. Compared to the other tracks on there, it just doesn’t stand out as much.”

5. The album was recorded in several different places.
When discussing the recording of IV, the reportedly haunted house known as Headley Grange comes up, but big parts of the record were recorded at places like Island Studios and Sunset Sound. “Headley Grange is the one that gets known, because it’s a spooky house and that’s really cool. That’s where ‘When the Levee Breaks’ was recorded, in that echoey stairwell. But they did use a lot of other studios, too. Headley was not professional enough. They had Ronnie Lane‘s mobile outside, but Page was saying they had to go into a real studio for what they were doing.”

6. The band realized they needed to start crediting their lyrical inspirations.
Led Zeppelin has taken much grief from blues fans for heavily relying on lyrics from other artists in their earlier work, and it seems the degree of this “borrowing” is still being realized. “One thing I didn’t even mention in the book, that I heard just recently, I was listening to Count Basie, and he has a song called ‘Going to Chicago’ – “Sorry that I can’t take you.” So, obviously Plant was getting into that at the end of ‘Levee.’ So, all the lyrics were taken from Memphis Minnie, except for that little bit of Basie at the end. By that point, by IV, I think they knew it was too obvious, that they couldn’t take someone else’s song and all the credit for it, so they snuck her name on it at the end.”

7. Contrary to rumors, there are no backwards messages on “Stairway to Heaven.”
“It sounds cool; it’s a great legend – but all that is just something that’s been thrown at it from long after the record was done. It wasn’t until the ’80s, after Zeppelin broke up, that these ideas started getting aired in public. It had to do with the religious backlash that happened in those days, people were reading satanic messages into Dungeons and Dragons. This was just one more target for them. The band did use backwards sounds, for the aural effect, but they weren’t trying to put any messages on there.”

8. They weren’t the first to name a song “Stairway to Heaven.”
They were beaten to that title, if not by others before him, by none other than pop crooner Neil Sedaka – who included his own song by that exact same name on his 1960 album Neil Sedaka Sings Little Devil and His Other Hits, taking it all the way to No. 9 on the charts.

9. There could have been more than eight songs on IV.
Led Zeppelin had a habit of holding onto material until they deemed it ready, for years sometimes. Many of the songs from 1975’s Physical Graffiti were actually recorded as far back as the III sessions. “Boogie with Stu” from Graffiti originally came from the IV sessions, as did “Black Country Woman.”

10. The symbols the band chose for themselves on the album art don’t mean as much as you might think.
“They were put together pretty hastily, people have read so much into them over the years. When you get down to it, it sounds like John Paul Jones and John Bonham just said, ‘Oh, we’ll pick these, you know, sure, whatever,’ they weren’t that interested. Robert Plant picked the feather in the circle from some mystical account of some lost civilization that probably never existed. It was one of those hippie things that they thought was out there. Page’s “Zoso,” goes way back to the renaissance, really, but basically it’s a representation of Capricorn from a document dating back the 1500s. In those days, the way people drew astrological symbols was a lot more elaborate than just scales or fish, but it does derive from a symbol for Saturn, or for Capricorn. It’s nothing satanic or anything like that.” 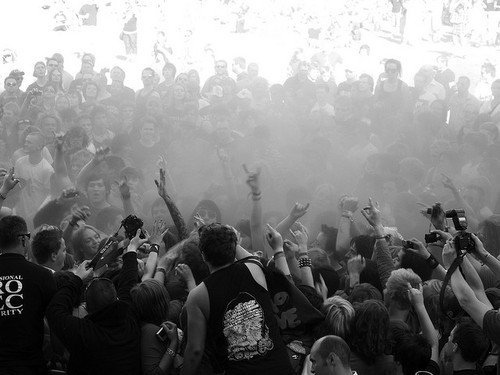