Pop music. It all sounds the same these days, doesn’t it? Maybe your dad’s finally got a point, because behind the assorted stars, the same songwriting names keep cropping up. Max Martin, Greg Kurstin, Ryan Tedder – these are the new Diane Warrens, the new Burt Bacharachs. A lot of column ink has been devoted recently to confused think-pieces about Max Martin’s hegemony, but it shouldn’t come as a shock. The 44-year-old Swede has been controlling the narrative for nearly two decades, his power snowballing as he’s mapped out paths for the Backstreet Boys, Britney Spears, Katy Perry and, more recently, Taylor Swift. No wonder Ellie Goulding fancied a shot at that trajectory.

Three of the biggest songwriter-producers turn up here, Kurstin fresh from Carly Rae Jepsen’s ‘E-MO-TION’, Tedder – like Martin – flush with the success of Swift’s ‘1989’. Martin and Kurstin carve up two-thirds of ‘Delirium’ between them. Goulding calls this her “big pop album” which makes us wonder what she thought she was doing on her 2010 debut ‘Lights’ and 2012’s ‘Halcyon’, but the scale is obvious, and not just in its 16 tracks. From the Martin-assisted Fifty Shades Of Grey theme ‘Love Me Like You Do’, to the Swift-style throb of ‘Something In The Way You Move’ or the ultra-polished plastic soul poise of ‘Codes’, these are songs that make most sense as number-one singles. It’s a career plan set to music.

There’s something disappointing about this, however undeniable the quality of material. Five years ago when Goulding was picking up the Brits’ Critics’ Choice award and topping the BBC Sound Of 2010 poll, she looked as if she could do all this on her own terms. Presumably it’s still her choice. She’s certainly in charge when she’s taking potshots at Ed Sheeran on the juddering, jackboot R&B of ‘On My Mind’. The irony is, Martin and Kurstin are nowhere in sight on ‘Delirium”s best track. ‘Around U’ is gorgeous, jittery synthpop that raises the possibility that Goulding’s been listening to Grimes. That’s no way to get hits though, is it?
Read more at http://www.nme.com/reviews/ellie-goulding/16315#FY78lklld7hjQOBa.99 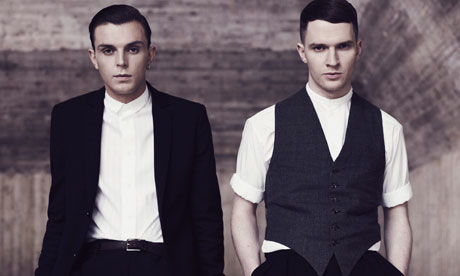