If you are like most guitarists out there, you will have at some point found it frustrating getting the “perfect tone.” Try the following tips to help improve your guitar sound.

Crank Up The Mids!

A great live tone starts with the EQ. Crank those mids. It’s as simple as that. Human hearing is focused in the mid range. The rest of the band covers the majority of the low and high frequencies.

From a very simplistic point of view, a drummer and bassist cover the lows, cymbals and vocals cover the highs, so that really only leaves one place for the guitar – the mid frequencies. When creating a live tone, I ask myself two simple questions:

“How good does my guitar sound?”

“Can I hear my guitar clearly in the mix without the volume of the amp being excessive?”

If you can answer a firm 100% “yes” to both questions, you’re in the right ballpark, THEN tweaking for the minor details can commence, but if your sound is great, yet gets lost in the mix, you may have to go back to basics.

Likewise, if you can hear yourself clearly but your tone sucks, you may need to make some adjustments too.

This though, is very rare in my experience. 99% of the time a guitarist’s tone sucks because they’ve spent countless hours tweaking a cool tone in the bedroom but not realising it sounds nothing short of a flabby mess in the band mix.

Use a Heavier Gauge Set of Strings

Many guitarists love the feel of a light or ultra light set of strings with a gauge of about .09 or even .08 but a slightly heavier gauge of. 10 will often instantly add more meat and power to your tone.

Try going a gauge heavier. I play in Drop C# in my band and I noticed the difference straight away when I switched to. 10s with a. 54 on the 6th string.

Are they harder to play? Marginally

Do they sound better? Absolutely

Try it out. The feel is important so if you don’t like it you can always switch back to a lighter gauge or change brand.

Use Some Slap back Delay

We have all played live in certain venues where the room sounds “dead.” You know the feeling when you are playing a lead part and nothing is sparkling. There is just a dull, muted natural lack of reverb. You may be tempted to switch on a reverb pedal, but live this can be a tricky business. You can often get “set back in the mix” with on stage reverb, and get lost in the sound.

A short slap back delay with one or two repeats is often a better answer. It will thicken up your tone counteracting the dead venue without mashing up your sound like on-stage reverb can sometimes do.

I used to get a bit frustrated on my quest for tone when players would say:

“Tone is all in the fingers and hands.”

It seemed like a lazy thing to me, but since teaching guitar and helping others adjust the pick, this one bit of advice is gold.

The best thing for tone and playability is to hold you pick tight enough so it can’t be pulled out of your fingers with your other hand, but no tighter than that. The difference the pressure you have here makes (even more so on none compressed acoustic guitars) is huge.

Try holding the pick as hard as possible and now strum softly. It’s very difficult to do. Hold that pick softer. You will have a much better tone instantly.

Order Your Effects for Tone

Getting your on-board effects in the “correct” order is difficult. It can be tempting to put the reverb in front of the delay and the wah behind the distortion for alternative sounds. It really is best to leave this for the studio though, especially if you find your tone sucks.

Here are 4 guidelines for effects order.

Turn down the bottom end and the gain when you go into the rehearsal studio or play live. At home, you will probably want to boost the bass and the gain so you get that warm thick sound, but live this won’t work as well. Bass frequencies and overdrive get exacerbated at volumes so if sounds powerful at home they will get overbearing in the loud band situation.

One of the main culprits of poor tone can be sorted by just lowering the bass and the gain as low as you can go, then increasing fractionally just to the point where your thick, saturated tone comes back if that’s what you are after.

I hate it when people talk about emulating a certain player or a song’s guitar tone using certain amp settings. The thing is – every amp is different. The fact is there are so many amps out there that “tone setting” discussions do not cross over from amp to amp. Getting to know YOUR amp is very important.

Most people don’t try the extreme settings on their amp. Try turning the bass, mid and treble all the way down to 0, then up to 10, then just one to 0, then another to 0, then 4, then another to 8, and so on. Just playing about like this helps you understand your amp so much more.

Instead of hearing that Adam Jones of Tool has settings of Bass – 6 Middle 7 Treble 5 or something your amp might get a closer sound by going Bass 3, Middle 9, Treble 8 or something similar. It all depends on your gear.

Know the Difference between Treble and Presence

Many players don’t know the difference between the treble dial and the presence dial (if your amp has one). It can be a difficult thing to describe, but they both work on different frequencies.

On certain amps, presence covers a larger area than the treble alone, on other amps vice versa. I like to set the treble to a reasonable level, and then adjust the presence so I can hear it adding to the sound without adding harshness to it. I will then back it off a touch and let the mids dominate.

Turn a Valve Amps Master Up to 3/4

Valve amps are awesome but they sound a bit rubbish when not turned up. If you get the master volume of your valve amp up to about 3/4 then you are business. It will be loud so be very careful of your hearing and wear earplugs. There is no point in having great tone if you can’t hear it!

When I switched from some generic Dunlop 0.8 or 0.9 picks to the Dunlop Jazz III XL for my electric guitar playing, I noticed a much better tone straight away. These are industry standard picks for players playing an electric but if you try one on an acoustic you will notice they sound pretty poor.

I love to use a thinner 0.7 nylon for strumming acoustics and a 0.9 for hybrid picking an acoustic. Get yourself at least ONE electric pick you love and ONE different acoustic pick you love then buy plenty of both.

Talk to the Other Members of the Band

… Especially your bass player. He is the one who will compete with your lower mid range the most and has the most control over it. Some bass players love to be heard and know the importance of mids.

Get him set up so he is comfortable and is happy with his or her sound and then if he or she is burying you in the mix, ask him or her to reduce the amount of mids on their amp. Some bass amps are surprisingly powerful in this mid range area and can really cause havoc with your guitar in terms of getting it heard in the mix.

Many guitars, if not all in the sub $1000 category can be improved by replacing the standard wiring and potentiometers. The important thing here is the “pots” resistance value.

A Fender Stratocaster notoriously sounds different with 300k or 200k pots. Likewise, 300k and 500k pots sound quite different in a Gibson Les Paul. Guitar players who have been around the block in their quest for tone often do this one thing. It does make a difference and is well worth the money.

Get a Professional Set-up

If you aren’t very experienced at setting up guitars, then get a pro to do it. There are usually a couple of “go to” guys in each town who are well sought after for this.

Don’t just go for the guy who promises you:

“The lowest action without fret buzz.”

Go to the guy who knows the fine but crucial details such as the ideal strings for your style, how to set the intonation, and very importantly the pickup height. There is no point in having killer Bareknuckle pickups, if they are all set up wrong.

There is nothing worse than a crackling lead or one that weakens that otherwise perfect tone. Imagine spending $2000 on the perfect setup but because you scrimped $10 on a lead your tone lets you down. I use Cleartone cables in the UK and can truly say for the money they are great.

Go for a lead only as long as you really need as longer leads tend to weed out some of the high end. For a brighter sound, get a lead with a capacitance of less than 100pF/metre. To tame the highs, try a longer cable with 140pF metre or higher. 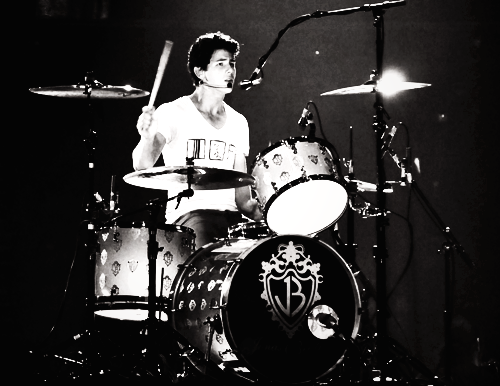 These 5 Tips Will Change The Way You Practice Drums
November 5, 2015