This week marks 38 years since the release of the Sex Pistols’ incendiary debut album, Never Mind The Bollocks.

The record sparked a musical and cultural sea change all around the world, helping to bring punk into the mainstream. But, what often gets forgotten amongst the filth and the fury is that there was some fine playing behind the controversy.

Pistols drummer Paul Cook was one such accomplished player. While the teenage Cook was certainly no Vinnie, he was far from a punk rock basher. Take the perfectly-judged hats on God Save The Queen, the crash-laden Anarchy in the UK, or the tribal toms of Pretty Vacant – these hit singles were all powered by Cook’s thoughtful kit work.

As we pay tribute to this oft-overlooked drum hero, we turn the spotlight over to the man himself as he shares a few words of wisdom.

“We were kids of the ’70s, the glam rock scene and all that. We listened to Bowie, Roxy Music, The Faces and all that great stuff, a lot of soul as well and reggae.

“I listened to all of those drummers, Paul Thompson, Simon Kirke from Free. Al Jackson I really liked as well, I thought he was a brilliant drummer. Motown drummers as well I thought were really cool, with all those little rolls. When I was learning I cocked my ear to all that sort of stuff.”

“[Sex Pistols demo producer] Chris Spedding was a great help. I remember him telling us to keep it even more simple than we were playing. He said that about my drumming because I was just accenting everything that Steve [Jones, guitar] was playing because we were very in tune with each other. But Chris said to just keep it simple and play 4/4 because that was the power of the band. He was right.”

“We grew up together. When we picked up instruments we naturally locked in. He could have been the bass player for all I was concerned. We were so tight together when we played and so in tune with what we were doing. It was brilliant playing with him. He’s the best rhythm guitar player in the world, I think.

“I don’t think I could do it now without a bass player but at the time we didn’t know any different. We were a two-piece band. There was a review once of one of our last shows that said, ‘This is the greatest two piece band in the world.’ Because Sid was off doing whatever and me and Steve were bashing away. It had always been that way.”

I knew that they were quite good songs but I don’t think we realised how good. Because of all of the adverse publicity with the band, the music sometimes got overlooked a little bit.

Everyone thought we were just making headlines for the sake of it and people would just read the headlines and ignore the music because people thought the music was crap when it first came out. They thought it was just noisy, horrible punk stuff. It wasn’t until later that people gave us credit for the album. It was not a bad bit of musicianship, if i don’t mind saying so.”

“[Ahead of the 1996 reunion tour] There’d been talk about it forever. The time was right. I didn’t think it would happen. John was against it, Steve was in LA. But it just suited everyone at the time, everyone was at a loose end and it felt right.

“[During the 1996 reunion] There was always talk of it, but by the end of that tour we were so exhausted and a lot of old baggage was coming up.

“We were all glad at the end of it to see the end of the tour and have a break. We thought maybe we’d record some new stuff later, but time just went on and then we did the odd tour here and there with the Pistols. The last time we played we did a big European tour. That was great. We could have made an album and it might not have been that good and we’d be stuck with that. We’ve already made one crap album with our name on! I think we could have made another good album if we’d knuckled down to it.”

“For me it gets harder every time we [tour with the Pistols], physically it’s so full-on. I don’t know if i could do it justice anymore, I’m not a young man anymore. You know when the feeling’s right. I’m 59, punk rock is a young man’s game! I like to give it all physically. You can’t mess around with those songs, you’ve got to get stuck into them.”

Martin Taylor on his favourite guitars and onstage nightmares
October 19, 2015 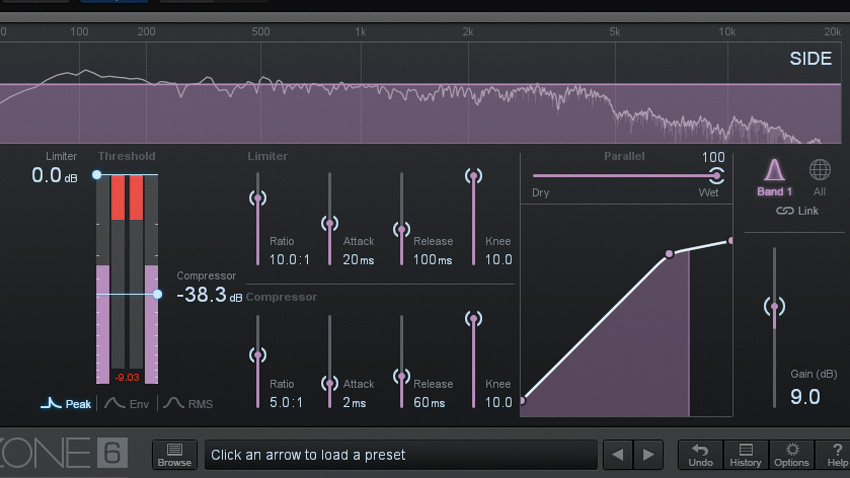 How to control mix elements with mid/side compression
November 4, 2015