Slipknot frontman Corey Taylor has spoken out on the band’s parting of ways with drummer Joey Jordison, explaining Jordison left out of “necessity.”

Jordison left the band in 2013, with the departure put down to “personal reasons” at the time.

“It is with great pain but quiet respect, that for personal reasons Joey Jordison and Slipknot are parting ways,” the statement – released in December 2013 – said. “We all wish Joey the best in whatever his future holds. We understand that many of you will want to know how and why this has come to be, and we will do our best to respond to these questions in the near future.”

In an interview with Living Out Loud LA, Taylor went into more details over the departure, describing how the drummer and band moved in different directions:

“It was hard at first,” he said. “Nothing worth doing is ever easy right out of the gate. When we parted ways with Joe, it was honestly because of necessity; he was going one way and we were going another, and we just couldn’t go that way anymore. And honestly, that’s all I can really say about it.”

“It was just as hard, in a lot of ways, as trying to move on without Paul [Gray, late Slipknot bassist],” Taylor continued. “But, like anything, it takes those first couple of steps, and then it gets a little easier. It doesn’t get better by any means, by any stretch of the imagination, but it gets easier.”

Taylor went on to describe the current band as “Slipknot 2.0,” and “bittersweet.”

Taylor also commented on the making of post-Jordison/ Gray album ‘.5: The Gray Chapter’, released in 2014, saying:

“This band is… It’s just very unique, and it always has been. There’s still a lot of people out in the world who just don’t understand what this band is about, and that’s kind of fine, because as long as we know, it doesn’t matter what anybody else thinks. And I think in a lot of ways, that’s why we’ve been as resilient as we have been. Because we’re very aware of what the identity of the band is.”

“Just because a lot of people have a misconception of what this band is about, it doesn’t change how we feel about it. And when you have that kind of strong foundation, everything else just kind of balances. We were nervous going into the studio, sure, but we knew we were going to do something special right out of the gate.”

Taylor recently said that Slipknot’s next album will be their version of ‘Sgt Pepper’s Lonely Heart Club Band’, and will be a double album with an accompanying film, adding that the band are working on being “five steps ahead of the game.” 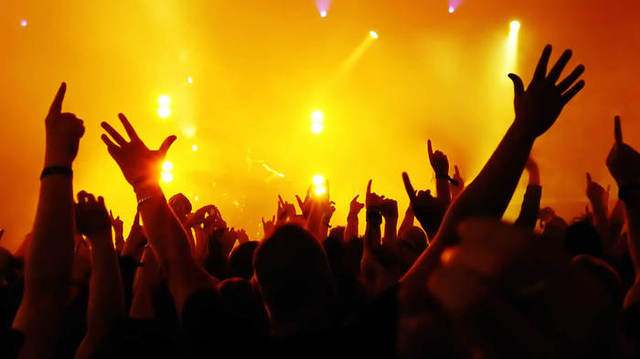