Imagine how tough it is for the developers at a Native Instruments. You’ve got this package called “KOMPLETE,” that comes loaded with basically everything you can think of, including software instruments, sound libraries, effects plug-ins…a full selection. Not bad…until you realize that you have to top yourself! Where do you go when it’s already “KOMPLETE”? Somehow, the brains at NI keep on coming up with improvements, new instruments, new effects, more power, more of everything!

Which brings us to KOMPLETE 10 and KOMPLETE 10 Ultimate. KOMPLETE 10 includes 39 virtual instruments, processors, and effects. Its libraries total more than 12,000 sounds and 130GB of data. Ten new titles have been added to KOMPLETE 10, including new synths such as Rounds, Kontour, Polyplex, Drumlab, instruments such as Session Horns, pianos including The Grandeur, The Maverick, and The Gentleman, and effects such as Driver and Supercharger. Adding these 10 to the existing list of KOMPLETE mainstays — Absynth, FM8, Battery, Reaktor, Kontakt, Massive, and more — gives you an array of sounds at your fingertips that is truly mindblowing.

Speaking of mindblowing, KOMPLETE 10 Ultimate offers a whopping 75 virtual instruments, processors, and effects, with more than 17,000 sounds totaling hundreds of gigabytes of data! Everything in KOMPLETE 10 is included, plus more, such as Session Horns Pro, Molekular, Rise & Hit, Cuba, and loads more libraries. It’s the most comprehensive package available anywhere; so big that it comes on a USB 3 hard drive for easy install. (Even with the drive, it took over four hours to install onto my Mac — that’s a lot of data…)

The new instruments, such as Rounds and Kontour bring unique synth options to the palette. Rounds, for example, features eight 4-part cells that can load up tones; the synth can cycle through these, process them using synth filters, envelopes, and more; the result can range from evolving patches to rhythmic sounds to totally new sounds. This sort of fresh take on sound creation is found throughout KOMPLETE 10 and KOMPLETE 10 Ultimate. Yes, you can load up traditional instruments of all sorts, but you can also go way out there if you want.

With all the synth and sample power in KOMPLETE, it’s easy to forget that KOMPLETE 10 and KOMPLETE 10 Ultimate also include a huge range of effects and processors. Once again, these range from the traditional analog-style (compressors, etc.) to over-the-top special effects. One of the great things about Native Instruments Maschine is how totally (Kompletely?) the hardware pad controller integrates with the software. You can pretty much operate everything without looking at the computer screen. Now, with NI’s KOMPLETE KONTROL S-series controller keyboards that same integration has come to KOMPLETE 10 and KOMPLETE 10 Ultimate (KOMPLETE 9 and KOMPLETE 9 Ultimate are also supported). There are three members in the KONTROL S-Series family: 25-key, 49-key, and 61-key versions. The keyboards are all the same except for the number of keys. I received a 61-key version to review.

The KONTROL S keyboards are built around a Fatar semi-weighted keybed/action. It connects to your computer via USB, but there are also MIDI in and out ports for interfacing with external MIDI hardware, if you like. Although the KONTROL S is integrated tightly with KOMPLETE, you can also use it to access parameters in other software, and a Controller Editor app is included for setting all that up, as well as for adjusting the KONTROL S settings to your liking when using KOMPLETE. Of course, with 3rd-party software the support is nowhere near as complete as it is with KOMPLETE, but the capability is there if you want it. Advanced support is currently offered for Ableton Live, Steinberg Nuendo/Cubase, and Apple Logic X.

KONTROL S comes with an app/plug-in called KOMPLETE KONTROL that serves as a browser for all the KOMPLETE content; the keyboard interfaces with KOMPLETE KONTROL. There are dedicated buttons and a data-entry knob on the KONTROL S keyboard for operating the browser. You can search through the various KOMPLETE instruments, load sounds, play them from the keyboard, scroll to other sounds, navigate around, all from the dedicated buttons and data knob. All of those thousands of sounds have been tagged and organized, so you can instantly drill down to what you want. You don’t have to think, “I want a digital bass from FM8″; you just use the keyboard to quickly navigate through the tags until you arrive at the bass sound you want. FM8 may be the vehicle for that sound, but you don’t to arrive via that vehicle. The KOMPLETE KONTROL app/plug-in will take you there effortlessly.

In the center of the face of the keyboard are eight rotary controls (knobs) that automatically map to parameters in each KOMPLETE instrument you load up using Native Map technology. The Clear View display under the knobs labels the parameters currently in use, they’re intelligently arranged into pages — no set up or user mapping required. It’s all been handled by Native Instruments for you. To the left of the knobs is a small display showing the current preset selected.

On the left side of the keyboard are the performance-oriented controls — and there are some interesting things here! For example, a Scale button changes the scale that the keyboard is playing. You can even assign a scale to just the white keys so that even the non-keyboard-proficient can play parts with ease. This is deceptively powerful and versatile. Even if you’re a keyboard virtuoso, the Scale function allows you to compose and perform freely. Likewise, the Chord function allows playing a complete chord using one key, including chords from modes, inversions, and ready-to-play chord sets.

Another button accesses a powerful arpeggiator, which can perform in a wide variety of modes. The eight parameter knobs on the keyboard manage the settings for the arpeggiator. Below this are buttons for transport (play, record, stop, rewind, fast-forward, loop). A shift key accesses secondary functions.

Way on the left, beside the keyboard are two touch-strip controllers. These can serve as standard pitch bend and mod controllers, or they can be assigned to other parameters or put into unique modes. For example, the “mod” controller can be operated by a flexible LFO-style modulator for cyclical effects, it can operate as if loosely spring loaded, and more. In practice it’s fascinating, powerful, and inspiring to use. Above these controllers are octave-up and -down buttons for transposing the keyboard.

Another deceptively powerful feature of the KONTROL S keyboards is the unique and innovative Light Guide — a series of color-changing LEDs, one above each key. These serve a variety of purposes. In Scale Mode, they indicate which keys are active and in the scale. In another mode, they show the range of various samples on the keyboard; for example, the drum assigned to each key in Battery. Light Guide can also be used to indicate which keys perform key switching on certain patches, and more. Light Guide is a very useful visual performance feedback mechanism.

Using a KONTROL S-series controller keyboard with KOMPLETE brings an entirely new perspective to the experience.The KONTROL S integration with KOMPLETE allows you to keep your attention on the keyboard and what your ears are hearing, without shifting thought and attention toward what is happening on the computer’s display. The software, computer, and keyboard become one instrument that you can play and use to create.

KOMPLETE itself is amazing. It’s not hyperbole to say that any sound, any effect, it’s in there — even some you’ve never thought of or imagined. You can, of course, use KOMPLETE 10 without a KONTROL S keyboard. Its power and capability aren’t diminished in any way. But with KONTROL S, all of this power is accessible and manageable. What Native Instruments has accomplished here is amazing — on both the software and hardware fronts.

Whether you go for KOMPLETE or a combination of KOMPLETE and KONTROL S, you can’t go wrong — sort of like choosing between everything and everything plus everything else. Music production, film scoring, sound design, composition, no matter what you do, there’s no way to lose!

How to Clean Piano Keys 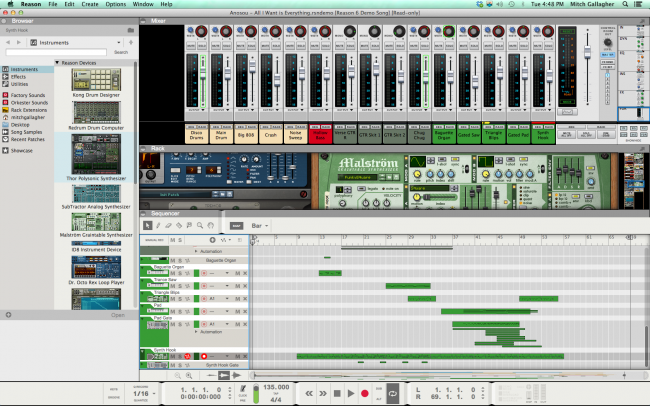