Adele set out on the campaign trail this morning for her new album ’25’ by launching a typically-charming charm offensive on a collective of major UK radio stations this morning. As well as visits to BBC Radio 1 and 2, the Tottenham-born singer chatted to both Capital FM and Beats’ Zane Lowe about her new single, Sam Smith’s James Bond song, and why she won’t be playing Glastonbury anytime soon. Here’s what the lady of the moment had to say…

“I was struggling to write my record,” she told Chris Evans on Radio 2. “When I thought I was ready to start writing, I wasn’t, so I took some more time off, and then I was ready. [But there were] a couple of times I thought I’d dried up [creatively], yeah.” In typically self-deprecating fashion, Adele was happy to acknowledge the reason for the long wait between records: “Getting into the headspace was really difficult – obviously now I’m a parent, and having such a break off, I kind of fell out of the habit of writing songs.” She did have lots of nice things to say about Tobias Jesso Jr, though, after he co-wrote album track ‘When We Were Young’: “It’s my favourite track off the record… he’s my favourite human being, other than my friends and family.”

The story of ‘Hello’ is as sad as it sounds

Speaking about the motivation behind comeback single ‘Hello’ (watch the video below), the singer revealed on Radio 2 that it’s about “all the people that I’m not in touch with – I wrote it for them, in a song, so they could hear it and know that I still love them all very much and that they all still [play] a huge part in my life.”

Sorry, Michael Eavis – Adele’s pretty much ruled herself out of the running for next year’s festival, telling Capital: “I’ve made myself pretty clear on Glastonbury. The crowds are too big – I don’t know if I could do it. I went this year to watch Kanye and I literally just crapped my pants on the size of the audience. It was pretty insane.” Vivid. Elsewhere, while she admitted to Evans that she’d been rehearsing the new songs with her band, she told Nick Grimshaw on Radio 1 that “I don’t really like touring… there’s something quite lonely about going on stage in front of loads of people, [and] then everyone going home.” She didn’t entirely rule out playing ’25’ live, though: “I would love to think [that] I have it in me to do one of those global tours – whether I do or not, I don’t know, we haven’t made any firm plans.”

She’s given a thumbs up to the new Bond song

Which is awfully nice of her, isn’t it? Asked about ‘Writing’s On The Wall’, the Sam Smith-sung theme song for the new Bond film Spectre, Adele told Chris Evans: “I think it’s great, I think he’s great. The pressure and scrutiny that comes with doing a Bond song is pretty intense, so anyone that dares to do it is fantastic.” That clarification out of the way, she then dismissed the claim that ‘Writing’s On The Wall’ took 20 minutes to write: “I don’t believe anyone when they say they wrote a song that quickly. Anyone.”

“It just doesn’t feel that natural standing on stage, with a light on you in front of loads of people [who’re] waiting to be entertained,” she told Radio 2. “It frightens me – that people are gonna spend their hard-earned money to come and see me and not enjoy it… that’s my worst thing.” 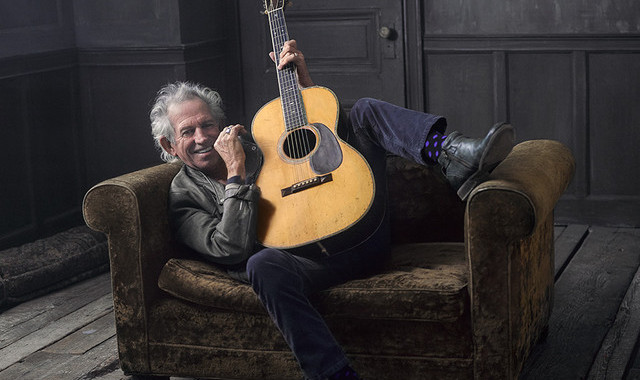 Keith Richards says drugs ‘never did anything for my creativity’
October 26, 2015