“Sam’s gig is really authentic, simple. It’s about feel. There are certain things that Sam likes and when we rehearse he’ll be like, ‘Can you play this lower at this time?’ When you’re playing a song there are times you have a big chorus where you play a particular dynamic, and then in the verse you’ll play really softly. Hear what’s going on around you and how you approach the cymbal, how hard you hit the cymbal – those things are important as well, especially in Sam’s songs.

“I think the guy istruly phenomenal. I’ve worked with a lot of artists and this guy is absolutely a beast. He’ll kill the show all the time. There are shows where he’ll do certain riffs and when we finish he knows I’m lost for words. I’ll be like, ‘Bruv, I don’t know what to say but you actually killed that.’ I don’t know how to express theway I feel. He knows his music, he knows his stuff. His mum listened to a lot of soul growing up – Chaka Khan, Aretha Franklin, Mary J Blige – he’s had that soul background. When he sings, it’s in him. It’s natural.”

Jamiel on… nerves for the big gigs

The man behind the kit for pop sensation and Bond-theme singer Sam Smith reveals his approach to the gig.

“If I get nervous it’s probably because my mentor [Massive Attack’s Julien Brown] is in the crowd or somebody really close to me, like a family member. That’s the only time I get nervous. If some of my good musician friends come to see the show I’ll get a little nervous, but not really nervous.

“I never [bust out the chops] because there’s nothing really to prove. If there’s another drummer in the crowd I’ll just play the gig like I do every night. There is no need to impress. It’s my job at the end of the day. A lot of people can get excited and do things and get sacked the next day.”

“With TV it’s pretty easy because it’s all mime work. But then again it’s about performance. If you’re miming you have to look good, you have to pretend that you’re playing live drums.

“When I had a break from Sam I was able to do some TV promo with Leona Lewis, with Rita Ora. When I did the Rita thing the choreographer was like, ‘I need energy, I want you to rock out’. So you’ve got to rock out. It’s all about facial expressions, body movement, putting on a show. But they can be very long. Sometimes doing a mime gig you’ll be there all day just for one song. The whole miming thing is about work. Drumming and playing live, it’s work. That’s how we pay our bills. But it’s what I love to do.”

“There’s a bass player called Colin Peters. We toured in Europe with a US artist called Stephanie McKay, and he said something really important to me – it’s all about the groove. When you’re grooving, stay in the pocket, because when you’re playing to 90,000 people, they don’t want to hear anything outside the ‘2’ and the ‘4’, outside the backbeat, because they can’t dance to it. So stay in the groove, stay in the pocket so people can dance and enjoy themselves. That’s really important.”

10
SHARES
VIEWS
FacebookTwitterGoogleWhatsapp
Tags:
Previous Article
How the Electric Guitar Was Invented
Next Article
How to use serial compression 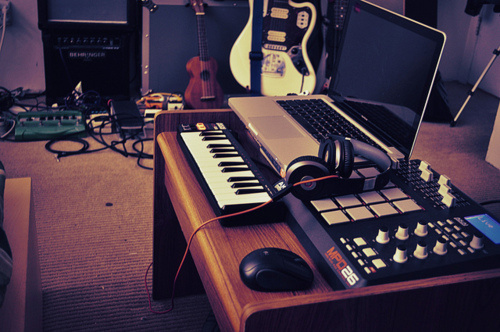