How the Electric Guitar Was Invented

How the Electric Guitar Was Invented

For as far back as we are able to look into the prehistory of the human race, music has been a crucial part of the life of humans. Some scholars even speculate that human music may have come before language. From the beginning, people living in little groups sang and danced to self-made music. Drums and pipes were readily developed, and even today they can be found in use, still often hand-made, in every culture anywhere in the world where simple communities gather for group celebrations.

With advancing technology, more sophisticated musical instruments became possible, and during the 20thcentury, peaking in the ‘60s and ‘70s, the electric guitar became an institution for musicians and a battlefield of competition among the great guitar players of the era. Les Paul, Duane Eddy, Keith Richards, Eric Clapton, Slash, Van Halen and Yngwie Malmsteen attracted legions of worshipful followers. The endless Electric Guitar Debate (“Who is the best ever?”) is part of pop culture, and the top two contenders, Jimi Hendrix and Jimmy Page, are legendary figures in the world of rock n’ roll.

But what’s the story behind the electric guitar? Who invented it? How did it all start?

We’ll start answering these questions by debunking a common misconception. Many people think that Les Paul was the inventor of the electric guitar, but he wasn’t. The credit for this goes to George Beauchamp, a musician, and Adolph Rickenbacker, an electrical engineer, who are rightfully considered to be the people who created the first commercially viable modern amplifiable electric guitar. Others had attempted this before them, such as using carbon button microphones (like in old phones) attached to the the bridge of the guitar, but Beauchamp and Rickenbacker were the first to actually achieve the modern electrically amplified guitar with sound quality good enough to use in a professional music setting. But let’s take a closer look at their story.

The need for an electric guitar arose because the classic guitar was too quiet to contribute to the music a band produced in many settings. This problem particularly began being apparent in the concert hall music of the 1880s. Later, the Big Bands of the ‘20s got their power and swing from the drums and brass, so the acoustic guitar became a second-tier instrument, producing melodies that not even the musicians of the band could hear in many cases. The need for an innovation for the guitar was obvious.

As mentioned, before this, jazz musicians and others tried attaching various things to hollow-body wooden guitars to amplify the sound with not so great results- then the Hawaiian-style lap steel guitar was electrified. Originally converted to raised-string (“steel”) guitars from wooden Spanish-style hollow guitars, these Hawaiian steel guitars (so-called because they are played with a steel bar), are placed across the knees and played horizontally, giving rise to the term “lap guitars” or “lap steel guitars.” Eventually, some were forged from brass, and were much louder than the wooden varieties.

At the same time in history that lap steel guitars began to be made of metal, electrical amplification was becoming a reality.

Beauchamp met Rickenbacker at the Dopyera Brothers, a guitar manufacturer in Los Angeles, and they agreed to work on an electric-guitar project together. Adolph Rickenbacker was a pioneer in his field, a man who loved to experiment and to dare new things, like founding The Rickenbacker International Corporation, a company whose sole purpose was to create and manufacture electric musical instruments.

Beauchamp and Rickenbacker, after a lot of experimentation, finally invented an electromagnetic device which picked up the vibrations of the guitar strings with great clarity. In a nutshell, the electromagnets convert these vibrations into an electrical signal, which is then amplified and played through speakers.

In 1931, they installed these pickups on a new model designed by Harry Watson- the aluminum lap steel guitar called the “Frying Pan” for its size and shape. The first commercial prototype was finally a reality.

Manufacturing got under way during the summer of 1932 by the Ro-Pat-In Corporation, later renamed theRickenbacker Electro Stringed Instrument Company, with the “Frying Pan” the first commercially feasible electric guitar.

From there, the earliest known public mention of an electrically enhanced guitar appeared in Wichita, Kansas in October of 1932, in an article printed in the local newspaper, the Wichita Beacon. Musician Gage Brewer demonstrated for the press two of his recent purchases, an Electric Hawaiian A-25 and a standard Electric Spanish, two of the first electric guitars made by Beauchamp. In the same month, the guitars were played in a series of Halloween concerts. A humble beginning for an instrument that would quickly come to dominate the popular music world.

How To Choose A Guitar For Beginners. 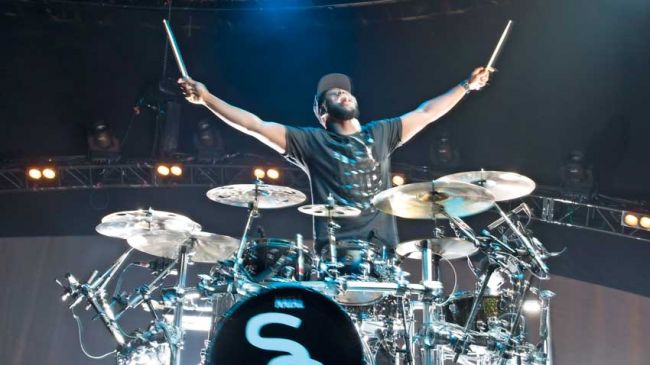