A 23 Year Old Suffocated To Death At The Skrillex Gig In Gurgaon.

A 23 Year Old Suffocated To Death At The Skrillex Gig In Gurgaon. Aanchal Arora, 23, had come to Gurgaon’s Sector 29 on Sunday evening to watch American electronic music star Skrillex (real name Sonny Moore) perform live. During the concert, however, the Delhi resident collapsed while dancing and had to be rushed to a nearby hospital in an ambulance provided by the organisers. Despite her friends’ best efforts to give her first-aid, Arora, a student of Institute of Apparel Management, never regained consciousness and was pronounced ‘dead on arrival’ at the private hospital she was taken to, say reports.

According to a report by The Tribune, the post-mortem report said she suffered a cardiac arrest due to suffocation. One of her friends who accompanied her is reportedly still critical.

The show at Gurgaon was the last of Grammy-winning electronic artiste Skrillex’s first-ever India tour, following successful shows at Bangalore, Hyderabad, and Mumbai.

According to the Assistant Commissioner of Police (DLF) Ramesh Pal, Arora’s death may have been the direct result of overcrowding at the venue. “While seeking an NOC for the event, the organisers had said they expected a crowd of about 5,000,” he told HT. “But, nearly 10,000 people turned up for the concert. The venue was congested.” This figure is disputed as The Tribune report quoted unnamed highly-placed officials claiming that permission was sought for 6,000 people and 15,000 people showed up.

Commenting that Arora was suffering from no pre-existing disease or illness that could’ve caused her death, Pal added that the police would examine CCTV footage and video recordings from the venue to ensure that there was no foul play. Arora’s body was handed over to her family on Monday after a post-mortem exam. The music community has been shocked by the news. Himanshu Vaswani, business head of Bajaao Entertainment (which handles production and supplies equipment for many live concerts), told HuffPost India, “It depends on what the true story is. If they did indeed over-sell tickets and pack the venue beyond capacity, then it is negligence on the organiser’s part.”

Safety norms are rarely followed properly for live concerts in India, admits Vaswani. “There are numerous permissions you’re required to get — fire safety, traffic, electrical safety — but no gig I’ve ever done has had an inspector coming in and checking everything thoroughly,” he said. “It all boils down to paying money and getting those permissions for the sake of getting them.”

Despite this, he adds, there have been many gigs that have gone off without a hitch. “Shows such as [American heavy metal band] Metallica and [British heavy metal band] Iron Maiden have had crowds of more than 40,000 people, but they went off well.”

The organiser, Mumbai-based Clockwork Events, reportedly faces a case of negligence (filed by Arora’s parents) as well as another for allegedly violating excise norms, according to The Tribune. HuffPost India called up Clockwork Events’s office in Mumbai only to be told that “no one was there” and that no mobile numbers could be provided.

Corrigendum: A previous version of this article erroneously referred to Scoop Brand Holdings Pvt Ltd as the organiser of this event, going by existing news reports. The company had no connection with this event, as per an official statement issued by them. 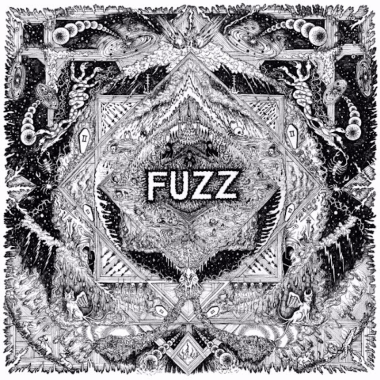