The Pioneer DDJ-SX is the first DJ controller designed for Serato DJ, the new DJ software from, yup, Serato. (Update: Also take a look at the Pioneer DDJ-SZ). Both this controller and the software are launched today, and so the controller is plainly a big deal for both companies. The good news is that it is pretty much an awesome success. It’s as if Pioneer’s designers sat down with Serato and said: “Let’s take the best bits of every DJ controller out there, and incorporate them into one controller, without compromise.” Better, they seem to have done for a price which, while high, is not extortionately so.

So you’ve got the build quality of the Numark NS6, the performance controls of the revolutionary Novation Twitch and later the Vestax VCI-380, the proper four-channel standalone mixer and hardware filters of the Vestax VCI-400, and a full-strength, highly capable “in the box” software solution fully tuned to make the most of the controller’s features (as with the Traktor Kontrol S4).

Hardware vs software
It is to an extent impossible to review any DJ controller without talking about the software it runs / comes with. That’s even more the case with this one, as it is currently the only controller that works with Serato DJ. This is because the other DJ controllers that will in time work with the software haven’t yet been added to it. However, this review will nonetheless focus more on the Pioneer hardware than the Serato DJ software; we’ve got a full Serato DJ software review which you can read alongside this review.

First impressions and setting up

We had a review sample to prepare this piece, so it wasn’t boxed in the finished packaging, and didn’t have anything in the box except a mains adaptor (better quality build than most, and with Pioneer’s name on it rather than a generic example), a USB cable and the unit itself. However, expect yours to have a CD-ROM, warranty / quickstart instructions and so on.

The first impression of the unit on removing it from the packaging is that it is like a slightly larger Numark NS6, with the performance pads of the Novation Twitch tacked on underneath each jogwheel. It shares the same high quality of primarily metal construction, although unlike the Numark model it has a plastic casing on the underside. Being so big, it is definitely a “transportable” rather than a “portable” controller – car, not backpack.

The overall feel is of a pro-quality device, a feeling confirmed when you touch any of the knobs (a mixture of rubber and plastic, and bolted to an internal faceplate below the external black metal one), play with the jogwheels (smooth, silent and with an attractive internal LED feature) or slide the faders (weighted lines, looser crossfader, decent long-throw pitch faders).

Front and back
On the front of the unit are a pair of headphones sockets (1/8″ and 1/4″ TRS) complete with level control knob; the input source switches for each of the DDJ-SX’s four channels (there are two phonos, four line and two microphone channels as well as the expected four PC channels), a crossfader curve knob, and two touch sensor level knobs for adjusting the sensitivity of the jogwheels. The headphones and crossfader curve knobs are the push-to-retract type.

Meanwhile, round the back are the usual power switch, USB and DC in sockets (the latter with a plastic cable hook), and a Kensington slot; in addition of course there is a whole raft of inputs and outputs. These are: Balanced XLR & unbalanced RCA master outs, balanced TRS booth outs, and inputs for the four phono/line sources plus the two microphones (one a dual TRS/XLR, one just TRS). I think it would have been nice to have at least one of those microphone sockets on the front or top for ease of access. Finally, there’s a ground pin for earthing Technics record decks.

Decks
The two deck areas are identical rather than the more normal mirror image of each other (or some combination of the two). Straight off I can see one potential issue with this, which is that while the right-hand deck pitch fader is easy to access as it’s the last control on the far right of the unit, the left-hand deck one is tucked between the EQ knobs for the far-left line, and the big, very sensitive jogwheel.

Even on a controller this size, it feels a bit cramped and you’ll have to be careful not to accidentally hit the jogwheel when moving in to make pitch adjustments.

From the top, each deck has a long needle search strip for quick movement though tracks; a big jogwheel (metal top, plastic edge, that works like similar jogs on other DJ controllers, particularly the Numark models); the aforementioned long-throw tempo fader; and a handful of control buttons for adjusting the beatgrid, switching the jog mode to/from vinyl emulation, slip mode, adjusting the tempo range / keylock, and something called “dual deck”. We’ll discuss most of these functions later.

Below this part of the deck is a section containing the performance pads (for hot cues, loop roll, slicer and sampler), the transport buttons / sync control (laid out in typical vertical Pioneer style), and the autoloop controls.

It’s worth mentioning here that each pitch fader has two small “takeover” arrows. These are related to a feature called “soft takeover”, which is used to allow two decks (as this is a four-channel mixer) to share one tempo fader.

For the uninitiated, soft takeover is a system whereby when you switch from one deck to another deck that you were previously using, the control in question won’t function until it’s moved back to where it was when you left the first deck. This is to stop sudden jumps in (in this case) speed.

All these little arrows do is show you which direction to move the fader in in order to “take over” control again. It saves looking at the screen to check – which in this case, is pretty much essential as Serato DJ doesn’t have a pitch control display at all.

The Art of the Warm Up 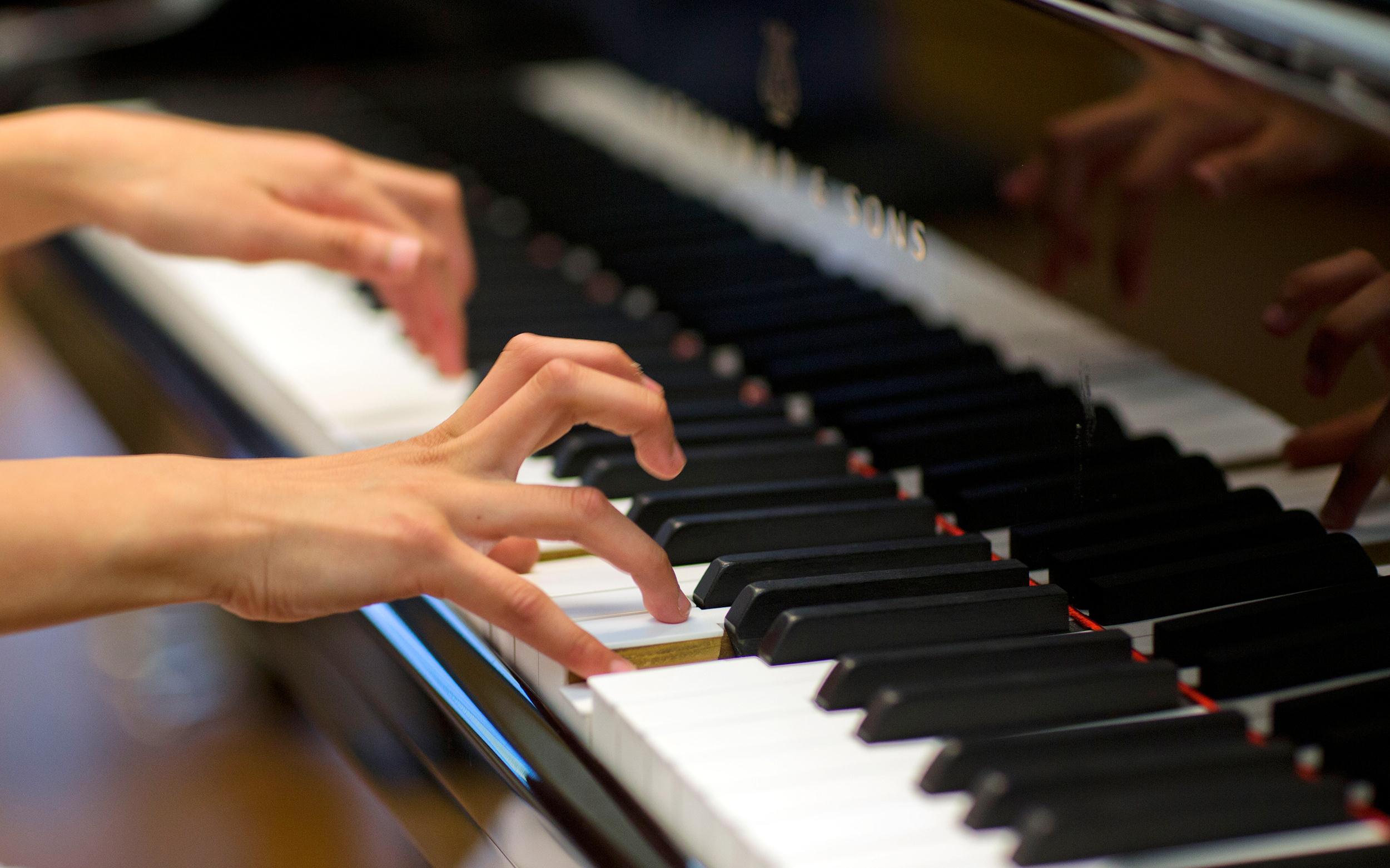