September is very special for BAJAAO; especially this year, since we celebrate yet another successful year of BAJAAO. Honestly, none of it would have been achieved without you, yes you, our beloved customers! For years, we have been your go-to website for any help you’ve needed with anything related to music. What started as small venture, turned out to be a full fledged empire in a matter of years, all because of you. Today, we want to share the story behind BAJAAO’s inception and the founder of BAJAAO, Ashutosh Pande. The oldest and biggest e-commerce retailer in music instruments is the brainchild of Ashutosh Pande, who founded Bajaao 10 years ago at the age of 26. You wouldn’t believe if we told you Bajaao started with a seed capital of two lakh fifty thousand, something Ashu managed to gather from his friends and family, and it doesn’t stop at that. Over the years,Ashu put his heart and mind into making BAJAAO what it is today!  Now, you wouldn’t expect a post graduate in Ancient Indian Culture who has worked with a publishing company as a commissioning editor to be in the music industry, but against all odds, Ashu founded and established an empire that caters not only to his passion but to all musicians who are looking to pursue their musical journey in India. During his college days, Ashutosh was like any one of us, a musician after all! He started a band called ‘Xenon’ along with his friends that later became a  very essential part of his life. The band travelled across the country to participate in rock concerts,  competitions and had a great run. However, as college ended in 2002, so did the band. The following year, Ashu joined a London-based publishing company called ‘Wroks’ where he worked for 3 years as a commissioning editor before his passion for music took over.

Establishing an e-commerce company was not a piece of cake, especially without money. Ashu managed to put together the required capital to establish Bajaao and in the fine days of September, Bajaao.com was established in an 80 sq. ft. leased office (gala) in Apollo Industrial Estate, situated on Old Nagardas Road in Andheri (East). Since then, there was no turning back.

Ashutosh takes pride when he says, “Customers who have never even bought a toothpick online are making purchases with us, and that is a long process!”. He wanted people to believe in the power of music and drive them to pursue it, not just in big cities where you can easily walk into a retail store and buy whatever you want, but also in small cities where it was almost impossible to pursue your passion for music.

Back then, Bajaao did not only want to sell music instruments, but also wanted to give musicians a rehearsal space/jam room to practice without any hassles. Hence, the inception N.O.C, India’s first ever independent rehearsal space. The concept of opening a ‘jam room’ rapidly spread across the country, turning into a thriving business. N.O.C was a small room equipped with guitar amplifiers and a drumkit. Bands only had to carry their instruments. The space was rented out to people, charging them by the hour. In August 2010, when Mumbai landed in a crisis of music venues to host gigs, Ashu took yet another step and started Mumbai’s most cult venue ‘B69’ supporting underground and independent bands, who seldom got the chance to play at commercial venues and shows. There were gigs almost every weekend. The entry was affordable and everyone had the time of their lives listening to music they loved. From a small office to Asia’s largest e-commerce site for musical instruments, BAJAAO made it big with the help of you, our precious customers! From 1000 products to over 18,000 products made available and shipped to the smallest of cities, only for you. Metalheads at the largest Metal Festival in India, BIG69. Over the years, we have had the chance to work with many great artists, some of them are not just any other customers, but are our friends! Prashant Shah of Scribe says “Bajaao.com is the first online portal for musical instruments in India, it has opened new doors in terms of quality of instruments at a really competitive price! Ashu has literally outdone himself with BAJAAO. Be it product range, service, prices, Bajaao stands unbeatable! Ashu is extremely passionate about music and is always extending a helping hand to musicians who want to pursue their dreams. He goes out of the way to help musicians in any way he can. Congratulations guys! You deserve this!” Rohit Pereira of Vice-Versa says “Ashu is like family to me. I have been friends with everybody working at the company. Bajaao has been a part of my career right from the start and I am really grateful to them! They are my go-to guy! P.S: I love Ashu!” Shawn Pereira of Blakc (ex-employee of BAJAAO) says “BAJAAO was the best thing to happen to me in life. I was in my early twenties when I first showed up at NOC –The jam room that BAJAAO ran – The first of its kind, in India, with my band BLAKC and I met some really nice people. From then on, years passed by, 8 years to be precise! I learned everything I know today from Bajaao and had the most fun and delightful experience anyone can have at work. Bajaao holds a special place in my heart!”

We want to thank you for the support you’ve given us all these years. We will always strive to keep independent music alive and give musicians what they need. This is just the beginning of a very fascinating music journey! 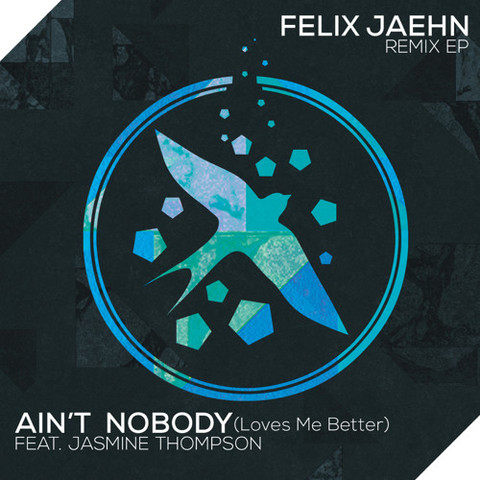