How To Pick The Perfect Drumsticks

How To Pick The Perfect Drumsticks Choosing a drumstick that fits your playing style and dazzle your personality when you are on stage can be hard and is often overlooked since most drummers focus more on finding the perfect drum set or cymbal rather than a complete package. Now drumsticks may seem trivial and something that you can ignore, but it isn’t!

Now before we say what is suitable for you, we would like to define what is what in a drumstick – what are the basics, what you should know.

Drumsticks are traditionally numbered, to define their heaviness or the lightness that helps a drummer identify with what type of music he wants to play and what stick he would need for the same. Conventional method of numbering drum sticks is by using numbers like 3S, 2B, 5B, 5A and 7A. These numbers have been given to drumsticks to define them since the early days of drumstick manufacturing and make it easier for you to choose what you need. Well, it won’t be wrong to say that exact specs differ from company to company but this is not a ground-breaking difference. By naming drumsticks in this manner, a set standard has been established to identify the basic shapes and size of the drumsticks in the industry.

But, what do these Letters and Numbers mean?

Sticks with ‘S ’ are designed for ‘street’ application, hence the letter S, these sticks can be used for drum crops or marching bands. S sticks are large sticks designed specifically for loud volume and projection.

Sticks with letter ‘B ’ suffixed with them are intended for band application, something you can use in brass bands or symphonic orchestra. B sticks are easier to control and are preferred by drum teachers worldwide for a simple reason – smaller circumference!

‘A ’ sticks are made for Orchestra. Intended for dance bands and big bands, they are smaller in circumference the B series sticks and tend to be used for softer music, like jazz or blues.

Here’s a fun fact about the nomenclature of these drumsticks. The reason why A sticks are termed so despite S sticks representing street and B sticks representing Band is because Ludwig Drum Company founder William F. Ludwig, Sr., who reportedly chose the “A” designation because it printed better and he simply preferred the letter A to O. The designation has continued to be used to this day!

So far you might have made your mind as to what series stick you would want to choose that suits the kind of music you play. Let us also talk about the wood briefly to give you a clear idea.

The most popular woods used in stick these days are Hickory, Maple and Oak. The lightest wood used for drumsticks is Maple, it is low in density and tends to have lower-volume situations that allows you to play fast. Hickory on the other hand is more dense and rigid than Maple, but Hickory is an excellent at absorbing shock. Oak is very, very dense hardwood that is durable and heavier than Hickory. With new trends, drummers are now more inclined towards exotic woods such as Rosewood and Bubinga.

How to choose the perfect sticks?

To help you choose the perfect sticks we roped in Mayank Sharma from Zygnema to give you his expert advice on drumsticks! He says, “Choosing a drumstick depends on the kind of music you want to play, it is all about personal preference! You can choose a 2B or a 5B drumstick if you want to jam to rock or metal music or you could opt for a lighter one like 7A if you want to play jazz or blues. I would suggest if you are just starting out with drumming, you might want to buy a 5A drumstick, until you have decided on what you want to play at!”

We hope this article has helped you solve the dilemma of choosing a drumstick! We would like to give a heartfelt thank you to Mayank Sharma for his inputs and advice! Now go play. Mayank Sharma is one of the most respected drummers in the country, Mayank plays a very vital role in the structuring of the band’s songs. The man holds the band together. With blistering parts and grooves that put you face-first into a reverie, this skin slammer is a monster. Mayank comes from a musically-leaned family, and that with hard work and sheer talent has won him respect from even the most seasoned musicians, one of whom is Thomas Haake himself. Mayank’s tool of trade are his favorite Vater drumsticks! You can watch him play here and check out the best drumstick and other drum accessories you can choose from only on BAJAAO.com! 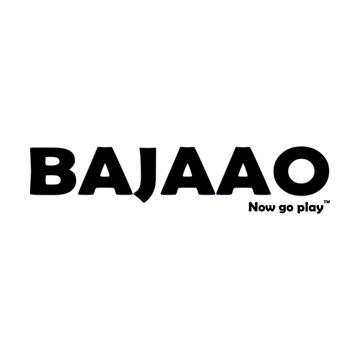