Analog Pedals vs. Digital Pedals, Which Is A Better Pick?

Analog Pedals vs. Digital Pedals, Which Is A Better Pick?

We are sure if you are reading this you know what Analog Pedals and Digital Pedals mean, with this article, we will help you understand the difference between the two. The basic and major difference between analog and digital signals is analog signals has no breaks, now you would know when I say “has no breaks”, it is smooth, continuous. However, digital signals is made of individual points, also known as discrete. Let’s take an example, we you hear something it is in a flow, continuous, without any breaks. Whereas your fingers are a clear example of digital, you can easily count 1,2,3 on your fingers but can you also count 8.79 on them? We think not! So, why are we talking about it? Fundamentally, if you have a digitally produced sound, you face a few drawbacks which you will never do with Analog pedals. Including – sample sound, pre-programming effects and voltage level constraints.  Another reason why Analog will always have the upper hand with pedals is because; the circuit reacts to the subtle nuances as you play, even to the minor changes in voltage and current, as the actual circuit element is also analog. Although the digital pedals are programmed and made to give you the feel of analog pedals, it just cannot have the same physical response as analog guitar pedals.

This was just a little brief introduction, made easy to understand without bothering too much about the details. Though, from here on, we will be discussing three major differences between analogs and digital pedals. You might want to prepare yourself for technical details and all that jazz!

The first and the major difference between Analog and Digital Pedals is that a number of levels in an analog pedal can never be captured wholly with a digital pedal. It would not be possible if you need too many digital bits. If you check the diagram (made for your reference) you will notice that the black analog signal is continuous and depicts a sine wave, all the sound that is produced is in sine wave and can be seen as a repeating signal, the lesser known technical term for this is ‘rotating vector’  but that is not a layman term. For instance, if a string vibrates (repeats) back and forth 440 times a second, then that’s an A note; as in the 2nd string of your guitar. The blue signal represents a sampled digital signal where each level is equally spaced from each other. In fact, the blue signal would be considered a 3 bit signal. Note that the levels change from 000 to 111, the first bit represents positive or negative and the last two bits represent the level.

Even though your ear might not be always detecting it, a digital pedal is never fast enough to obtain the complete analog signal. Have you ever heard a song where the cymbals were sounding just wrong? (if you could catch it, that is) Although your ear might not always detect it, a digital pedal can never sample fast enough to obtain the complete analog signal. ? The reason is incorrect sampling and assumptions made in the encoding of the signal that result in high frequency loss and aliasing. The essential point for digital guitar effects and pedals is that there are different levels as shown in the diagram above. . For example, every 0.00001 seconds (10 micro seconds or 10usec), the input level at that instant is recorded and stored in memory of the pedal. A common unit is Hertz, which is samples /second or in the case of the wave, rotations per second. For our 10usec example, that means 1/10usec or 10kHz. Where this gets important is that your ear can hear vibrating waves up to about 20kHz so it is very important to sample fast enough to get the complete signal. So what would happen if a pedal samples at 10kHz, not only do you miss the high frequency sounds, you experience something called aliasing.

When you hear music at high frequency notes such as a cymbal crash doesn’t sound right at times, this is known as Aliasing. The diagram below depicts a situation where you can hear a high frequency sound wave such as 10kHz. Let’s just say, we show 10 periods, and what do you think will happen if the sample at the same rate, for instance 10kHz? We will tell you what happens, when you reconstruct the signal you see that the output blue curve on the bottom is actually much slower and only half a complete sine wave in the time of ten. This means that by sampling the 10kHz guitar signal at 10kHz, you get a completely different note at 500Hz. To put it lightly, this sounds messed up and is known as aliasing. Nyquest’s theorem directly deals with this problem and states that in order to accurately sample a frequency, the sampling rate must be at least twice the input frequency. So in order to get our 10kHz signal correct digitally, it needs to be sampled at a minimum 20kHz sampling rate and if its sampled at a higher rate, then even better. Now you know what 44kHz CD quality is; a sampling rate of 44kHz which is a little more than the 20kHz range your ear can hear. Got a little technical didn’t it? Well, trust me; it’s going to get easier as the article goes on. Now, for the final leg of differentiating between Analog Pedals and Digital Pedals.

The effect that you hear is programmed and is always the same. While playing a guitar, the strings vibrates and eventually a magnetic wave is picked up by the pickups and changed into a voltage signal. This signal is further transmitted down to your guitar cable and is then a fully analog signal. As it reaches the input of your pedal, the voltage wave enters the effect and sound is changed.

While a digital guitar pedal circuit doesn’t use a program which is stored in the pedal and processes the sampled sound from the input of the pedal. In fact, the infinite variations in the circuit elements of a pedal will always remain the same. Every pedal produces subtle harmonics of its own, that are subjective to change as you change your style of playing, the type of pickup you use or the guitar cords you plug in. Well, in analog pedals you have a wide range of variations to meet with, it is absolutely not possible to model them all, whereas digital pedals have been known to for their great modeling of different amps and pedals.

Well, we conclude this article by the fact that an analog pedal is way much better than a digital one. Custom analog pedals, tuned and crafted so that each circuit component works together, have infinitely more room for tone and playing variations. We would recommend you to check out Boss MT-2 Metal Zone Guitar Distortion Pedal and Boss CH-1 Super Chorus Effects Pedal along with Zoom G7.1UT Tube Guitar Effects Processor that will help make your jam just simply amazing! 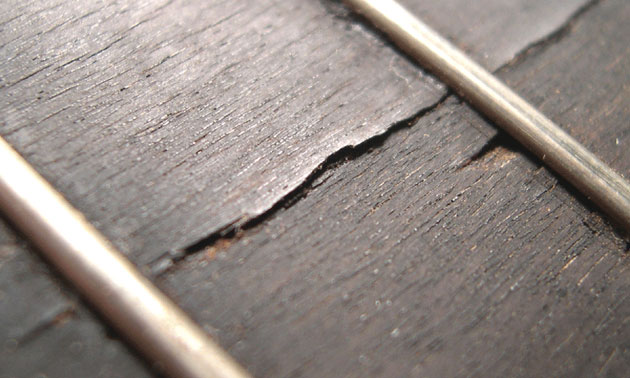 Tips and Tricks to Keep Your Guitar Shining!
August 18, 2015