Tribute to A Legend, The Missile Man

Tribute to A Legend, The Missile Man Legends are born, only once in a blue moon. APJ Abdul Kalam was truly nothing less than a legend. Unfortunately last evening, India was baffled with the sad demise of our beloved former president, APJ Abdul Kalam.  11th President of India, lovingly known as the ‘Missile Man’ by everyone. APJ Abdul Kalam lived a humble lifestyle, from doing odd jobs to being the President of India, he never forgot his roots which is one of the reasons why he was called ‘People’s President’. As the news of his demise reached the world, we were moved to tears to lose a true Bharat Ratan of India. Dr. Kalam was nothing less than a greatness born in the time of need to inspire people. The man behind India 2020, he envisioned of making India a superpower, the best country there is, in the world. Dr. Kalam gave utmost importance to education and hard work. Even until his last breath, he did what he loved, Impart knowledge. Not only was Dr. Kalam a visionary, a brilliant mind and a genius, but he was also a great human being, a president that was known for his character, determination, passion and patriotism. He inspired generations, ignited young minds. His goal was to make the youth of India into brilliant bright minds that would enlighten the future of India and complete his dream of “India 2020”!

Dr. Kalam collapsed during his lecture at IIM Shillong last evening and suffered from a cardiac arrest, it was until the end, Dr. Kalam made every moment of his life count. Come October, Dr Kalam would have turned 83. Born in Rameswaram, Tamil Nadu in 1931, Dr Kalam spent his childhood doing odd jobs to contribute to his family income and help support his education. Overcoming all the obstacles, APJ Abdul Kalam went on to pursue his graduation in Physics and later explore the world of Aerospace Engineering.  Dr Kalam has had many triumphs to be accounted for, one of his major accomplishment was joining Aeronautical Development Establishment of Defense Research and Development Organization in 1960. With a man of his caliber, Dr Kalam was then transferred to Indian Space Research Organization where he made groundbreaking contributions as Project Director to build up India’s first indigenous Satellite Launch Vehicle that made India an exclusive member of Space Club. Dr Kalam also developed Indigenous Guided Missiles at DRDO which led to the development of AGNI and PRITHVI missiles.

Dr Kalam was elected as the President of India in 2002 for a term of 5 years, during which he proposed the vision of ‘India 2020’. After the end of his term as a president, he returned to his life of imparting education to youth and writing. Some of his best known works are Wings of Fire and Ignited Minds. Dr APJ Abdul Kalam has received a number of awards, including the highest civilian honor, Bharat Ratan he received in 1997. 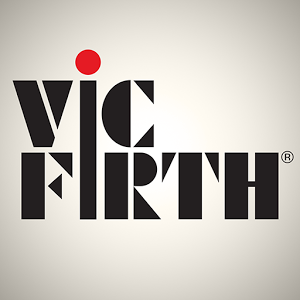