Welcome UG readers to this lesson on live performance.

I went through sitting in my room for hours just practicing my techniques. Getting the drills right, learning songs and riffs and getting a sound for my songwriting. Started a metal band, we spent a long time getting material and getting it right and then after a while we felt we wanted to start playing shows.

So first show comes and we killed it. Played our songs perfectly while mostly standing in the same place and looking at the fretboard. How boring. More experience down I feel like stage presence has come to a point that we are happy with. But I see friends and new bands taking the stage at local venues and doing the same thing we did. Call it nerves but I want to look at ways for you to prepare as best you can to deliver a good show as a guitarist while still looking cool.

The Difference Between Studio and Stage

So I’m going to do a shameless plug here to credit my studio experience. Here is the single my band recorded.

If you liked it, cool. If not? Also cool. Back to business. That was a studio recording of the song. Near flawless, and that is an unrealistic expectation for live performances. On stage out of a set of say 6 songs, something will go wrong. A missed note, a botched chord, losing track of time. We use the linked song usually to end our shows. It’s a pretty simple song to play but even then, it doesn’t go 100% right when we play it. That shouldn’t deter anybody, but as a guitarist, the number one rule when somebody messes up or you mess up: finish the song no matter what.

I once saw a guitarist throw up his hands and stop playing halfway through a song when the drummer apparently played the wrong section. They restarted the song. The point is I never knew the part was wrong, or if I make a mistake and play something wrong or miss a part, nobody knows that it was wrong because they don’t know the song or they do not care.

How Do I Practice for Performance Then?

Ah! Now we get to the point. I’m going to dip into some Paul Gilbert philosophy for ways to get started. Put your strap on, stand up, put your strap lower. No lower, lower, if you took your pants off now would everybody see your junk? No? Good, it’s low enough to start. Legs shoulder width apart, and play your favorite song to play or something you wrote. Can’t? Strap higher. Do this adjustment until you have a comfortable standing position and can play a song through. Now practice songs standing up.

Still learn them sitting down and do regular practice how you want, but work on playing songs you will play live while standing up. That is half the battle won. Now for more personal space, walk around while you play it. Get moving, make the song second nature. Try playing without looking at the fretboard, bobbing your head, or go full blown full body headbanging and jumping and perform for your pillows or your amp. Try and sell the song. Some advice that I remember reading: “Your guitar playing is like a penis, it may not be the biggest or the prettiest, but you better make everybody believe it is” (Sorry ladies for that one).

With your band, the same thing. When you practice, it’s a practice space. So you guys can work on stage performance at the same time. Where you stand and even cues to do something like you are choreographing in a sense. I’m a lefty and the other guitarist in my band is a right handed guitarist. So in one song we have a drawn out harmonized verse so we walk to each other and stand next to each other so we have a “V” playing the two bits. That kind of stuff looks cool even if it’s that simple. In another song it’s a pedal note chug riff so I alternate my hand over and under the neck on each note. Practicing flashy stuff gets peoples attention when you nail it live too.

I have made the transition from bedroom guitarist to performing guitarist and it’s exciting. But live performance is a different beast to bedroom or studio. It feels awkward to not feel like you are having an impact. I noticed a dramatic change of energy when my performance included me jumping around or screaming the lyrics at the crowd with the vocalist. You set the bar for the show and the crowd sees and responds to it. Genres vary in what works for them and that’s okay. You will have to feel out for yourself what feels right. I believe big time in people performing their songs with feeling, especially in metal and hard rock. It’s going the extra mile and could be what sets you apart from the rest.

I hope this lesson was helpful to you in some way and as always stay well and rock on! 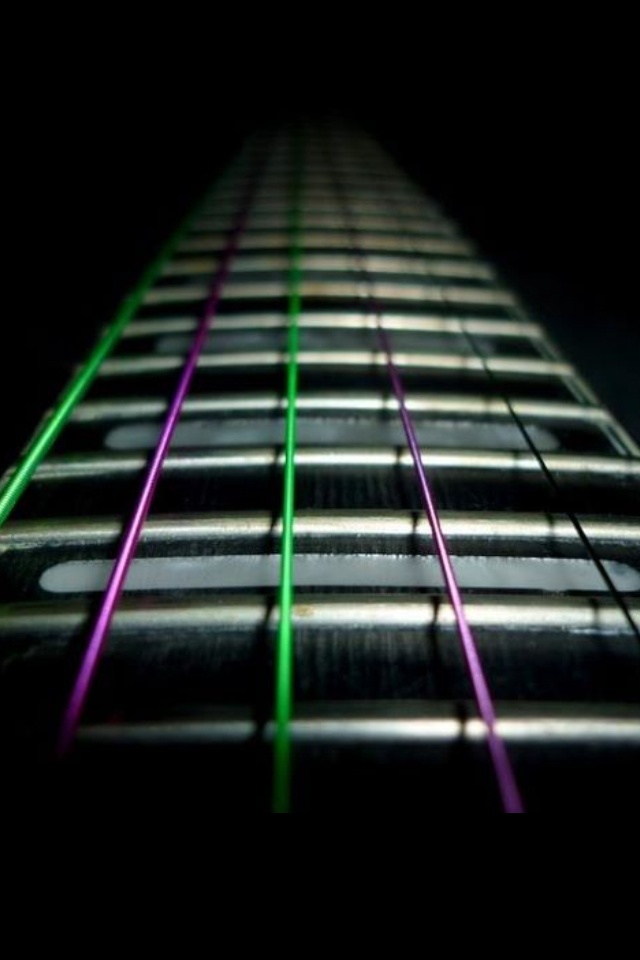