Learn All About Heartbeat, Pulse, Rhythm

Learn All About Heartbeat, Pulse, Rhythm

“Modern” and “Rhythmic” Music of the 20th Century

One of the most distinctive features of “modern,” “popular” music styles that have emerged with the 20th century (including, but not limited to everything that is usually termed as jazz, pop, rock, metal, hip-hop) is the repeated emphasis on the special “rhythmic quality,” that the rhythm is “the new hip thing” about those styles.

At the same time, there are hardly any effective, technically usable rhythmic theories which provide generally applicable approaches to and effective explanations about rhythm. While there are certainly traditions and “traditional” patterns among musical styles, (see Claven in Latin, see swing in jazz music) these usually never go very far with their explanations, never beyond “Because that’s how it is,” “We’ve always done it this way” and “Because it sounds awesome” anyway – which per se doesn’t mean those are bad approaches. However, in my opinion, the theoretical base for rhythm is rather thin – and in comparison with the existing theory about harmony, I would argue that there is a lot of catching-up to be done.

Above, I have compared rhythmic theory with harmonic theory – so let’s ask the question, what is harmonic theory based on? Grossly oversimplified, it is all about simultaneously sounding pitches, their relations to each other, and as to what effect this pitches can be changed – for which purpose concepts like roman numeral analysis, consonance/dissonance and voice leading are used. I want to come up with something similar now, so first, there is the question of what we can define as “the smallest building block.”

As such, I will now propose “pulse” as the smallest building block. If several pulses are arranged, (one after another, one before another, multiple pulses at the same time) I’m going to refer to this construct as “rhythm.”

Why pulse, one might ask? For my theory, I am assuming a human audience which perceives music through its senses. This perception is constantly somehow processed and “checked against” the current emotional state – and every living person has a heart that through his permanent pumping keeps the body alive, which exposes the body to the perception of an ongoing pulse for its whole life. This fact I can now take advantage of – by taking the heartbeat as a kind of reference for the humanly “most fluently” rhythm possible. This I will translate into a sequence of pulses, all of which are approximately equally distanced from each other – this gives me a sort of “idealized” rhythm, which, depending on how I manipulate it, can vary widely in its shape. And every beating heart will hopefully ensure that my rhythmic frame of reference remains the same and thus rhythm becomes a manipulatable element – such as harmony, such as melody.

Briefly summarized in three points, my rhythmic theory would look like this:

1. Pulse is the basic unit of rhythm.

2. Rhythm is a (temporal) pulse arrangement/sequence.

3. The quality by which rhythm is to be manipulated I will call its fluency and I will make it dependent on how much any given pulse structure resembles an idealized (!) human heartbeat.

The attentive audience will have noticed that these are “only” assumptions, and as such constitute no complete theory – I agree, but I want to deal primarily with basics here, since those, as pointed out earlier, are currently severely missing. In fact, subsequently, it requires the adherence to quite a few circumstances when rhythm in all possible shades is to be made, as it will not always be sufficient to simply “just” write or play only equally long notes (although a touch of techno can always be inspiring).

On the other hand, one should not lose sight of the fact that everything which generally is referred to as some sort of “popular music,” usually is built in heartbeat/pulse resembling rhythms – sometimes with (non-)surprising consistency, which keep up a certain amount of “feelgood.” Other than that, this approach offers previously unheard of methods of design and navigation to the particular field of odd meters – it might actually be possible to play in non-“jerky” odd meter time signatures.

All theoretic considerations aside, the “pure” understanding of rhythm in relation to the body and its well-being offers a more “engaging” way of experiencing music – by means of which this theory already pays for itself through sole digestion.

Note: This is not a medical/biolocigal/physiological article. The author does not claim completeness, correctness or medical translatability of the information contained herein. For risks and side effects, contact your doctor or pharmacist. 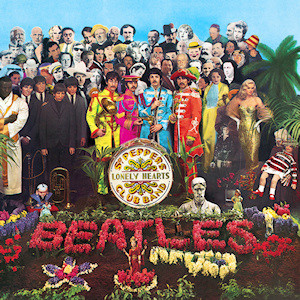