An Idiot’s Guide To Overcoming The Physical Limitations Of Chording

An Idiot’s Guide To Overcoming The Physical Limitations Of Chording

The eleven chord is a strange beast all to its own. It is one of the easiest chords to play, but also one of the hardest to wrap your head around. The essence of the 11 chord is this: the root of the chord, is not always the root note. This little quark is what makes the 11 chord interesting, yet baffling, all at once. Eleven is made of two, ones – a quarter of one, Q-bit.

On the guitar, the challenge is in deciding which notes can be discarded because, the limit of six notes forces a choice while distinguishing between chords, and deciding which shape is not only the most effective for that particular moment, but also what the best way to flow that movement of notes is. Down-to-up? Up-to-down? Middle-out? Experience will guide your ear, making these subtle choices subconsciously, instinctively.

Below is a basic, I-IV-V, in C. It displays a very distinct, I–IV–V, movement along the D string, but as you can see from the note names, this sequence of chords actually belongs to a different diatonic scale root, F major. So now we have: R = C & F = 1. Forget the math, play the three chords as a two, or four, measure jam in common time. Pick a rhythm you like and go for it. Try using a different finger for each chord, which will build the strength and dexterity of each finger, and enhance its abilities for carrying out individual tasks. A lot of people will tell you that making upper-extension chords is a matter of carrying on with the, every other note rule, but while this is true in some scenarios, it is certainly not the only way to skin a cat. A quick glance at, The Laws of Diminishing Intervals, will reveal that there are effective ways to target the sound of a chord on what you are playing. It is important to maintain different sight lines while looking at groupings of notes because, you may have to adjust your vantage point from time-to-time in order to fit the notes on the guitar neck, and having foresight for the future is a valuable asset as a musician.

Gmin9(11), is an example where the every other note rule can be applied. The structure for this chord follows the formula we are already familiar with. Start with the natural minor scale at the chord’s tonic and count up. The eleven in brackets acts exactly as an (add 4) extension would. Triad + variable + extensions. Gmin9(11) is a six-note 11 chord.

Talking about the notes is great, but how can you play that? When you attempt to play this chord on the guitar, you will find that it is physically impossible because, the layout of the strings forces you to work from up-to-down on the neck. It would be all-well-and-dandy if we were playing a piano and reading from a music staff, but that is only a pipe dream while reading scores not intended for the guitar specifically. Playing the notes as requested above, no matter where they are found on the neck, is impossible to add the 11 tone. Not even deploying the thumb on the fretboard will help solve the problem. The only possible way to play the above sequence of notes as a chord on the guitar is, to have six fingers. The chords above take us to the physical limits of chording on guitar. The only other notes you can tack on to these chords is by barring with your index finger to include the high E string, which in both cases are redundant notes, D and Bb respectively. These positions are far from ergonomic – what are called spread-voicings – and without proper wrist technique and warm-up stretching, you could injure yourself. So be careful when working with physically demanding chords. These physical limitations are good reasons to consider rearranging the notes in an order which is more suitable for chording on the guitar. It is only after we rearrange the order of notes that we can play the entirety of the chord we have been asked to play. This is a much more natural position, one the hand will be more comfortable using because of the wide familiarity with the home position. For the above examples, rearranging the order of notes this way does not change the name of the chord, nor does it impact its melodic function. The barred notes in the middle strings, coupled with the low root note, stamp those sonic relationships distinctly as G minor, in all three chords.

Rearranging the notes in yet another order, however, may take you in unknown directions. We can play a, II–V–I, progression just by changing the order of the notes. There is one note missing from the diatonic structure in use, E. We can include it, as a substitution, and playing exactly the same thing, makes the progression, I–IV–V. Once you get used to the sound and feel of the 11 chord, try out a few variations, and then mix and match to make your own jams using different loops. About the Author:
Dealey is a Vancouver, Canada based guitarist, songwriter, recording engineer and producer. He is the author of the forthcoming independent book, The Relative Nature Of Chords: A street-smart field guide for guitar. Watch for exclusive excerpts on Ultimate-Guitar! You can support his ventures by buying his music here – or talk to him about collaborating on your project by email to: info(a.t.)aurora-studios.ca 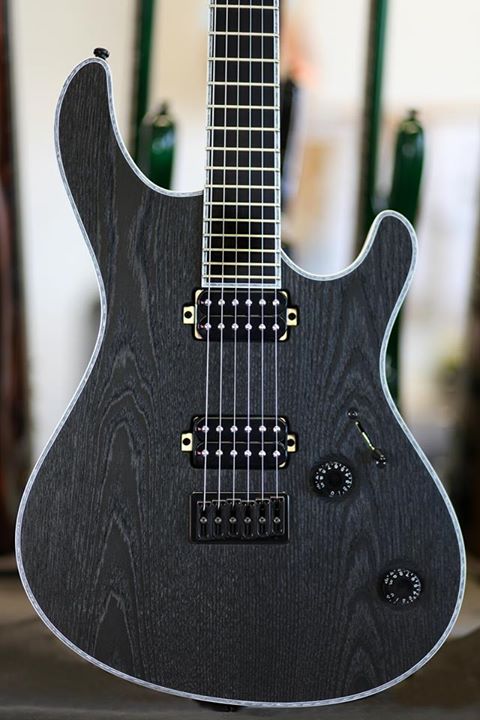