Hello and welcome to this lesson which I’ve purposely written for beginners.

This time I’m going to address a topic that is relevant for each guitarist out there who wishes to play along to his favourite songs and even write his own music. The topic at hand is barre chords and how you could benefit from the advice I’m about to give you.

Here’s the video to this lesson:

I previously said that this topic is relevant for all aspiring guitar players, reason being that most of us struggled greatly with barre chords at the beginning. This lesson is going to be divided into two main parts where I’ll try to convey my thoughts in a way as succinct as possible. Read on.

As hard as it may seem, avoid frustration at all costs. No one expects you to master barre chords the first time you are acquainted with them. As with everything in music, it takes time and giving up is the only surefire way to fail at any given technique. Make sure you dedicate a small part of your daily practicing routine to develop a good posture free of tension so as to facilitate your learning progress. Some people give up altogether and resort to certain alternatives, such as using a capo, or fretting certain notes with the fretting hand’s thumb. It would be a shame if you did, as barre chords allow for so many creative possibilities. I don’t want you to miss out on them.

This is going to be the most detailed part of this article, so read carefully.

Most of you automatically think of the infamous F major chord, so tricky and yet so necessary to play several of your favourite songs. You probably know that there are other shapes we can use to build barre chords. For the lack of a better name, let’s call the most basic ones minor (E minor shape and A minor shape), major (E major shape and A major shape) and dominant seventh (A7 shape). Now, if you’ve been playing for a while, you are already fairly familiar with the chords mentioned (E min, E maj, A min, A maj and A7). This is one part of the barre chords you’ll encounter in most popular music. The other part is, yes, the index finger.

If you think about it, the index finger functions as an organic capo of sorts, allowing you to play the shapes mentioned above in any position on the fretboard. The index finger, however, works in conjunction with the thumb. Think of a capo’s construction now. Its components are parallel to each other, providing stability. This is the kind of structure your hand should strive to imitate when playing barre chords. Refer to the video for a more visual explanation.

One final word that I should have included in the “mentality” section: the best way to practice barre chords and to track your progress with them is playing them in positions where they are easiest. Try this: start with a D maj chord at the 10th fret and then work your way down (C# maj, C maj, Bb maj, A maj…). You’ll notice how the clarity of the notes tends to decrease as you move towards the headstock of your guitar. That’s fine (for now), but the day will come where your F maj (or F min, F7, Bb maj…) will sound just as good as the barre chords you get at the 10th fret. Again: don’t give up!

About the Author:
By Miguel Marquez. He is a 26-year-old guitar player greatly interested in creating educational content for beginner, intermediate and advanced players. If you liked this lesson, don’t hesitate to subscribe to my Youtube channel, explore the videos I’ve already uploaded and follow me on Facebook by liking my Facebook artist page, where you can take a look at my covers of classical pieces by Paganini and Rode and my own music. I’m also giving lessons on Skype at affordable prices, so chat me up if you’re interested. 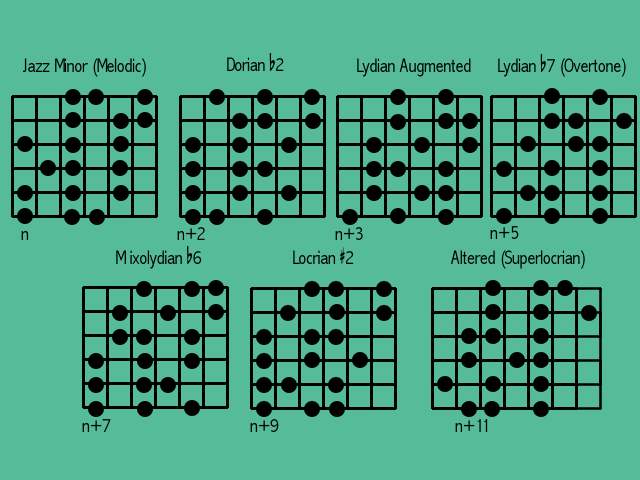