This week on the Charts!

This week on the Charts!

Florence and the Machine’s brand new album ‘How Big, How Blue, How Beautiful’ debuted at the Billboard 200 at number 1 position, knocking off the reigning two weel champion A$AP Rocky. This is the first Number One record for Florence Welch, as per Billboard reports.  ‘How Big, How Blue, How Beautiful’ sold 137,000 units in its initial week, collectively known as the band’s best sale yet, shattering band’s previous records of 105,000 copies that earned 2011’s cermonials at Number Six spot. Florence and the Machine’s debut Lungs peaked at Number 14. While A$AP Rocky’s sophomore effort At.Long.Last.A$AP fell to Number Three, selling 50,000 units – a 66% decline from last week’s 146,000 and Taylor Swift’s unconquerable 1989 maintained the Number Two position selling 66,000 copies – a marginal 5% slide from last week. Jason Derulo’s Everything is 4 adequately debuted at Number 4, matching the perfect chart placement he earned with last year’s relase Talk Dirty that sold 44,000 copies on its debut, and is considered the DeRulo’s best sales week. His ‘Want to Want Me’  has however, scored another Top 10 single and his 6th consecutive top 40 hit on Billboard Hot 100 with a 1.1 million downloads! Latest collaboration Django and Jimmie by Willie Nelson & Merle Haggard was the only other LP to hit top 10 this week, securing an easy Number 7 after moving 31,000 copies out of which 30,000 copies were ‘pure album sales’. Willie Nelson has notched four top 10 records on the Billboard 200 throughout his career, peaking at Number 2 with 1982’s Always on My Mind. Django and Jimmie is Haggard’s first and highest charting album till date. This week, Ed Sheeran’s X moved from Number 7 to Number , Pitch Perfect soundtrack dropped from Number 4 to 6. Meghan Trainor’s Title is at Number 8, with just 30,000 units above Zac Brown’s Jekyll+Hyde that jumped from Number 17 to 9.

Know more about your favourite artists and products only on Bajaao.com! 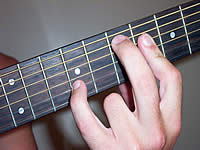