This time I will cover a few of the basic ideas involved with entering into the world of playing rock lead guitar and how to solo over rock music in general. It presupposes that viewers have already tried doing some soloing within the style of blues.

Rock songs will almost always have a solo, and even though we probably won’t be performing a busy technical solo, (like Eddie Van Halen style), we will have much more going on in a rock lead, as compared to how we’d play over a blues number.

Playing rock lead guitar requires far more application of the 7-tone natural minor scale. This scale is mixed with the 5-tone minor pentatonic to create lines that blend the sounds of the 5-note pentatonic with the full 7-tone scale. This is the foundation of the “rock lead” sound.

Other techniques are also integrated. Including sequencing, lateral scale use, intervals and string-skipping. An abundant use of slides, bends and hammer-ons & pull-offs is also applied. All together, these rock concepts create a very different playing approach compared with blues soloing.

Use the ideas discussed in this lesson as a way to begin bridging the gap between playing basic blues lead guitar and how you’ll make the switch toward playing a rock lead. Enjoy the lesson!

About the Author:
Andrew Wasson is a 1992 Graduate of Hollywood California’s Guitar Institute of Technology (G.I.T.). He has operated his Canadian Music School; Creative Guitar Studio, for the last 20+ years teaching thousands of guitarists both in studio sessions, and through his popular YouTube Channels, Skype lessons and websites. www.andrewwasson.com 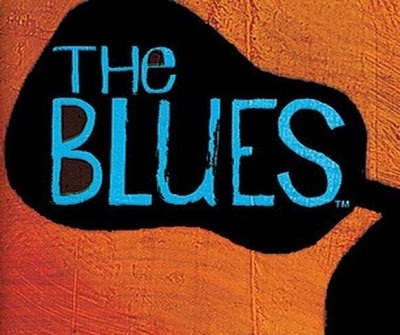