Sus4 chords are very handy structures to use as a variation from third based structures like triads and 7th chords.

In this lesson I want to show how you can apply or find them when improvising on chords, and of course some suggestions on how to play them and examples of how I use them.

Let’s first make a few interesting observations on sus chords. In example one you have inversions of an Asus4 triad on 3 sets of strings.

Notice that the inversions are:

Let’s have a look at some ways to play the arpeggios:

These 4 examples are no where near all possible ways to play these arps, and you should spend a bit of time to check out what different ways to play the arps you can find and which ones suit you the best.

Now that you have ways to play the triads and can recognize them as part of chords you already know I’ll try to give you some lines that I made using the sus4 triads.

The Cmaj chord is using the Lydian sound that I described in last weeks lesson (Lydian Mode) so the first part is a Dsus4 triad followed by a Bsus4 triad and ending on the #11 (F#).

The 2nd example is a minor cadence, a II V I in the key of Am.

The Bm7b5 part of the line is first a basic Bm7b5 arpeggio played from the root. It then continues up using an Asus4 arpeggio. On the E7alt the first part is a descending Bb7 arpeggio followed by a Csus4 (b13, b9, #9 relative to E) before the line resolves to the 5th of A minor (E).

In the final example is again a II V I in C major. Here I am using a Dsus4 triad over the Dm7 chord which will work in the context too. The line on the G7alt is first an Ebsus4 triad (b13, b9, #9) and then an AbmMaj7 arpeggio. On the C maj7 the line consists of the combination of a Gsus4 and an Esus4 arpeggios.

I hope you can use the examples and exercises I presented here to make your own lines and expand your melodic vocabulary a it with the Sus4 sound. To me it is also a good gateway to using quartal harmony in lines.

If you want to download the examples for later study I have them here as a PDF: Sus4 Triads as Upper Structures

6
SHARES
VIEWS
FacebookTwitterGoogleWhatsapp
Tags:
Previous Article
Operation Shred Guitar III: The Shredding!
Next Article
Systematic Approach To Getting Out Of The Box [Lessons] 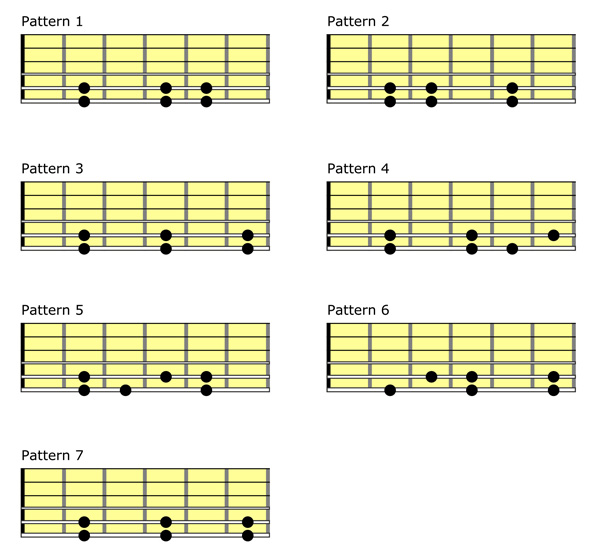 Systematic Approach To Getting Out Of The Box [Lessons]
June 2, 2015