Moving Beyond Chord Progressions In Songwriting

Moving Beyond Chord Progressions In Songwriting

Chord progressions are nice, and a lot of good songs have been made using them, but to move on to more complex patterns (or make your own progressions) you really need to learn the personalities of the different chords as well as some common transitions between chords.

I’ll use the word “suspense” a lot, and I hope you’ll catch what I mean. It is really everything in music because people expect for the sound to go to a certain place and there are ways create different levels of expectation. You can then be nice and give that to them (play it safe at the risk of sounding boring) or shatter their expectations and bring them to a new place (which can add a lot of beauty and soul to the song at the risk of just sounding gawd awful).

For my examples I’ll do everything in C, but you can convert it to G or B or 1 or I or anything you want (other then a minor key, which will have a different sound).

In music there is your base chord (the key) and then there is every other chord that each have different feels from safe and soothing, to expected, to sad, to romantic, to exciting. It’s all pretty subjective and it depends a lot on the context of the song, but that’s music.

The base chord is “home“ for most music. You can think of it as the place that the listener is always longing to return to (most songs end on the base chord) and it is the standard that the listener judges every other chord by. This chord has a very safe feeling and its nice to come back to, but starts to get dull if you stay on it too long. Who wants to just sit at home all day?

So in C you have your 4th and 5th chords – F and G. These are by far the two most commonly used chords (other than the base chord). They both have almost an expected sound to them – as in people expect to hear these chords and they are very safe (I hope this makes sense). G has a slightly harder sound to it then F does, and G creates a little more of a suspenseful feel leading into the C.

The next most commonly used chords are the three big minor chords – Am, Dm, and Em – as a slight aside, you should probably put in the back of your mind (even if you don’t understand this yet) that Am, Dm and Em are the relative minors of C, F and G respectively.

The most used of the three minor chords is Am because it does not challenge the ear at all. It has very little suspense to it, it sounds like a “home” chord (which is no accident!). It just breaks up the song and adds that minory feel to the song without going overboard. The next two, Dm and Em are stronger then the Am. I don’t know how to describe the difference in their sounds. You’ll just have to try them out.

Now you have the more interesting chords. These chords are used far less often because they are just more powerful. They tend to take the song in new, and often specific, directions and require more finesse to use them (I mean that you really need to know where you are going to go next because the ear will be like “Hey! This is nice but you better go somewhere with it.” So here they are in no particular order:

E – This is my personal favorite. It is the closest a major chord can get to sounding like a minor. (It’s the fifth of C‘s relative minor, Am, which gives it a lot of its sound – a little off topic but worth pointing out). It adds a lot of, well, romance to the song. Think “Georgia on my Mind” or that chord that John Lennon plays right after the line “You May Say I’m a Dreamer” that adds so much suspense. It is common (the listener almost expects it) to follow the E with F or Am.

D and A – The super major chords. They take everything you like about major chords, and crank it up five more notches. Think “What a Day for a Daydream” or that “She F–king Hates Me” song.

Fm – If D and A are the super major chords, Fm is the super minor chord. It is not often used because it is so powerful. It brings the song to a whole new (“I want to cry”) place. Think “Desperado” during that “Come to you senses” line or the fourth chord in “Creep.” It is very commonly used after F major because F somewhat prepares the listener for the big shock to come.

I hope that made at least a little sense. Of course there is a lot that I left out, most notably the minor key, but it should at least give you a start about how to think about this stuff. 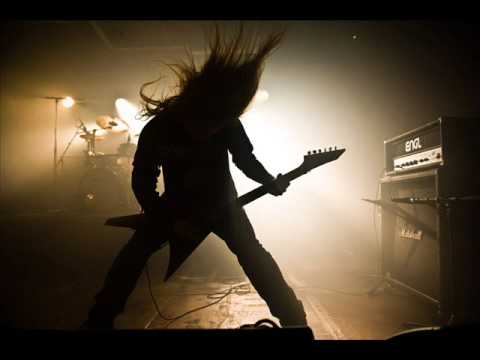