A great way to improve and expand your own guitar playing is to study the styles and techniques of others, and then apply what you like to your own playing. Chet Atkins is a great candidate for this and in this article we are going to hone in on some of the key aspects of his guitar playing style, and how this can improve your own acoustic playing.

While fluent in several styles including jazz, classical, and flamenco, it was country that influenced Chet Atkins‘ playing most, and this formed the foundation of his guitar style. We are going to have a look at some of the key features of his playing today. To try and cover everything in one article is simply not realistic. It would take several books to do that.

Before we do though, what is the point of studying other guitar players styles and techniques? The obvious answer is because you like that particular player, you want to be able to do what they do, and it will improve your own playing, right?

This is true and largely what this article is about, however it goes a little deeper than that. Studying other players such as Chet will also influence your own attitude towards playing guitar. The greats of the guitar playing world are great for a reason. It’s not just their awesome talents and innovations, it’s the attitude they have towards their guitar playing that makes them great too.

So go deeper than simply copying the licks of your favourite players. Learn how they got to where they are and what is required of you to do the same.

If you have been playing guitar for at least just a little while, I’m sure you have experienced flat spots along the way where you lack motivation, get frustrated, and may even think if it’s worth continuing to learn and play. A great way to break out of this rut is to study other players. I have done this many times before with my own playing and it has helped to reignite my inspiration and motivation in huge ways!

So let’s do exactly that and get an insight into some of the styles and techniques of Chet Atkins.

Travis picking is a technique named after the guitarist Merle Travis. Merle was such a huge influence that his picking technique became the cornerstone of Chet‘s own playing style.

The thumb of your picking hand is the most important component to Travis picking. It keeps a steady bass line going on the lower 3 strings of your guitar while your index (i), middle (m), and ring (a) fingers play syncopated melodies and rhythms on the top 3 strings. It’s a very impressive technique as you are playing the bass, harmony, and melody parts to a song all at the same time. It’s easy to have people think there is more than one guitar playing when it is in fact just you!

While this part of Chet‘s style was influenced by Merle Travis, Merle would strike 2 strings simultaneously with his thumb (on beats 1 and 3) while Chet would mostly hit single strings with his thumb in the bass lines he played.

To get the correct sound with Travis picking, I highly recommend you use a thumb pick. It can take a little getting use to if you have not used one before, but it is well worth the effort.

Here is a bass line Chet would often use with Travis picking:

This bass picking pattern is for chords whose root note is on the 6th string. It’s known as a 6, 4, 5, 4 bass pattern in reference to the order of the strings you are picking with your thumb. A common variation to this is the 6, 4, 6, 4 pattern where you omit the 5th string and simple pick the 6th and 4th strings with your thumb.

It’s important to palm mute the bass notes when Travis picking so that the harmony and melody parts on the higher strings stand out.

You can hear this in the example below, typical of Chet Atkins‘ guitar playing style:

While there is a bit going on in this example, don’t lose sight of the bass pattern. It will always fall on the beat (1, 2, 3, 4) and will act as a great reference point for the harmony and melody parts.

Separating the bass notes from the melody notes and seeing the relationship between the two helps greatly with the timing of everything.

The following example shows how Chet would approach chords whose root notes are on the 5th string:

The bass note pattern in the example above is what’s known as a 5, 4, 6, 4 pattern. This is simply because these are the order of the strings on which the bass notes fall, and is the pattern of choice for chords whose root notes are on the 5th string.

You will also find that Chet sometimes applied a 5, 4, 5, 4 pattern as a variation to the more common bass note pattern above. To be clear, this is where your bass notes fall on the 5th and 4th strings only.

Your first priority after learning something on your guitar in isolation, is to apply it to your own playing, otherwise whatever you learn will be of very little use to you. Let’s get the ball rolling and take the Travis picking approaches from above, and apply them to a 12 bar blues progression: The second finger of your fretting hand will need to play the lower bass note of the B7 chord (2nd fret 6th string). Keep the rest of the chord formed when doing this. Only move your second finger.

Chet‘s approach to harmony is another key feature of his guitar playing style. He would mostly use 3rd‘s and 6th‘s as these create great sounding harmonies. They can also be referred to as double stops. A double stop is when you simply play two notes together on either adjacent or non adjacent strings of the guitar.

Chet would use these harmonies in his playing extensively, often creating fills that would beautifully compliment a vocal line, or to simply harmonise the melodies of his many, many instrumental arrangements.

The following are two fretboard diagrams showing you how the harmonies of a 3rd and 6th look on the higher strings of your guitar. Study, learn, and visualise the patterns that these harmonies create, as this is vitally important in your ability to apply and use them in your own playing.

Below are some licks in the style of Chet Atkins using the harmonies of a 3rd and 6th:

The lick above starts with harmonising 3rd‘s before moving into 6th‘s, outlining a D7 to G chord change. Chet would often slide into these harmonies from a fret below, as is the case at the beginning of the first and second bars above.

This next lick centres around the G7 chord and mixes 3rd‘s with single notes:

Notice the pull off to the open G string in the last bar. Chet would often add embellishments like this to his harmonies for a cool sound.

The last lick is made up of 6th‘s and outlines a C7 to F chord change:

I highly recommend getting these harmonies of a 3rd and 6th into your acoustic playing as soon as possible. Not only were they a big part of Chet‘s style, but they also provide a nice switch up between the single note lines you play. It’s a whole different texture that comes into your playing.

As was mentioned earlier, it’s impossible to cover everything Chet Atkins did with his guitar playing in a single article. This however will certainly get you started and provide you with some cool ideas for your own playing. I highly recommend you check out some of Chet‘s arrangements on your guitar. There is a lot of fun to be had as well as much to be learned.

About the Author:
Specialising in acoustic guitar, Simon Candy is from Melbourne, Australia and runs his own guitar school catering to a number of styles including blues, jazz, and rock. Simon’s lessons are always in high demand and in addition to these he also offers online lessons for acoustic guitar.

11
SHARES
VIEWS
FacebookTwitterGoogleWhatsapp
Tags:
Previous Article
How To Create ‘Atonal’ Guitar Metal Licks
Next Article
How To Sound More Like Your Guitar Heroes 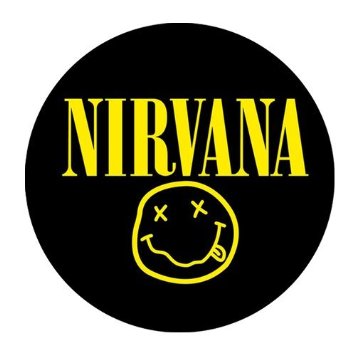