The Use Of Scales

The Use Of Scales

Using scales, a lot of students ask me why they should learn scales, what use will it have to their playing and perhaps even, shall I practice scales more than songs and just focus on them?

Scales are a very useful way to get all of your fingers active in a fixed position, very practical to build an organised, incremented demonstration of abilities – meaning you can evidently see your progress and demonstrate your knowledge to someone else by playing through a series of scales moving along the fretboard.

Furthermore, watch any one of your heroes, Slash, Steve Vai, Ritchie Kotzen, Kirk Hammett, Al Di Meola, they have their improvised and structured solos in boxes around the neck, or their solos flow and move around seemingly effortless or well thought out.

Note: If you have a guitar teacher and they teach scales a different way, follow what they say, there are many different ways to develop your abilities using scales.

Caged system and three note per string are two ways to map out the major/minor scale across the fretboard.

There are also CAGED shapes for pentatonic, and generally when you learn the standard Em pentatonic that millions of guitarist’s love to use, that is actually derived from the CAGED system.

The CAGED system is based upon our open chord shapes, the C chord, the A, the G, E and D.

This is really useful for chord playing as once you learn the CAGED system, you learn it with five different ways of playing the same chord all up the fretboard and later on add inversions, very useful.

There are only five scale shapes to memorize in the CAGED system with root notes on the bass E, the A and D strings.

Perfectly enough, it means you can then play your scales from root on any of these three strings. But this system isn’t limited to just these three strings, with the knowledge of understanding how we construct scales, you can soon implement these scales to any string going all the way up the fretboard.

This system is also fantastic for anyone wishing to learn to read music on the guitar.

The only issue people tend to have with the CAGED shapes is a problem of being too “boxy” when they play, this occurs when you generically practice up and down the scales and have only just learned them, this will develop over time, especially with the advice I will give you in this post.

Three note per string is more favoured by the faster players, the notes are spread out over the fretboard in threes, three notes on each string, which is great for spreading your hands over the fretboard and moving logically up and down.

Being that there are three notes on each string, a lot of guitarists play these as triplets to increase their speed, this is great for getting fast quick, but issues can occur if you need to play quadruplets or duplets.

The shapes are large and difficult to visually understand how the chords fit in the scales and there are seven of these shapes to memorize, but that’s okay, they are extremely useful when combined with the CAGED system, all these issues virtually disintegrate.

My Journey Using These Methods

I started with the three note per string when I was 14 years old with my first guitar teacher Justin Breame (tremendous tutor for the early years in my playing).

I started moving all over the fretboard with these shapes that sounded like real solos when I randomly hit the notes, I then put on a Steve Vai or Joe Satriani track, ignored what they were playing and turned my guitar up loud enough so I could only hear my soloing.

It sounded amazing to me, tons of gain, lots of notes. Pretty much the way I wanted to play.

I then went to school and done solos this way, but impressing my friends this time, it even took me into college and I was still impressing people.

I was then asked to play some chords or change key. That’s when I became stuck.

What am I actually doing, how do I play chords up higher on the fretboard?

Not much longer after these issues, I began to believe the guitar was just an extremely difficult instrument to learn and that it was just going to take a bit more dedication to get the knowledge down.

Over time with more dedication spent on incorporating the theory into my physical playing, I stumbled across the CAGED system, I had dismissed it as rubbish the first few instances as I believed that my playing was fast anyway and solo’s sounded good, why learn more scales?

I then flipped it around, why not learn more scales?

If I spent a year learning more scales will that be detrimental to my playing?

The conclusion was of course, no.

I learned the five positions and instantly realised why the CAGED was so well used.

I noticed the chords within each shape, I could count through using the Nashville numbering system much faster than I could with the three note per string, furthermore the notes naturally worked into shapes pretty quick… Wonderful!

I had a concern that my modes would be a bit more challenging to implement and that is when I started adding the three note per string again, my solos were a little boxier than usual, but with the three note per strings shapes under my fingers and the CAGED primed. It’s been a great few years of strong development and has aided me well whilst my career as a guitarist develops.

About the Author:
By Leigh Sullivan, director of Norwich Guitar Academy. I have a team of 5 guitar tutors making a difference in East Anglia, England. I studied on the Session musician course at the British Academy of New Music with Ed Sheeran and Marcus Mcneish (Craig David‘s bassist). Have sessioned in various plays, bands and studio recordings. I have been full time guitarist since the age of 18 (2007). We run masterclasses at the Norwich Guitar Academy with the likes of Guthrie Govan and Andy James. To learn more about reading music feel free to check out our blog.

Click here to shop for Guitars and Accessories from BAJAAO. 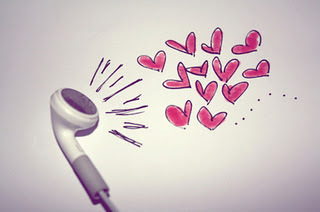