Learn The Cluster Like 7th Chords With Jens Larsen

Learn The Cluster Like 7th Chords With Jens Larsen

In this lesson I want to introduce a type of chords that I use a lot which are a versatile and practical way to play chords with 2nd intervals in them which is often difficult on guitar, but has a very nice and interesting sound.

I had quite a hard time coming up for a name for this kind of chord as you might have noticed on social media, but I think the name that I have now is a good description and it is of course also more or less the same as what people tell me it is called in literature (though there is not one single name in use).

In this first part of the two lessons I’ll focus on the chords that are constructed of 3rds and 2nds. There is another version possible that consists of 2nds and 5ths or 4ths which I’ll cover in the next lesson.

Let’s first go over the voicings. The first one is a diatonic 3rd followed by a diatonic 2nd, so from C that would give us C E F (in the key of C major), which is the 4th chord in example 1.

Example on is that construct through a C major scale on the middle strings. I find that with voicings like this I prefer to have the 2nd placed on the D, G or G, B strings. Probably because it does not get muddy but also because it is practical.

The 2nd example is the version that has a 2nd followed by a 3rd through the C major scale. From C (the 4th chord in example 2) C D F.

How to use the voicings

As the name suggests the chords are derived from 4 note chords with one note left out. Even if you could try to rationalize how you would use the chord I think that I mostly just look at the notes it contains and listen to check if it makes sense in the context I am playing.

In the examples that follow I’ll try to explain why I chose this voicing, but if you play the example you can probably also hear how the voices lead from one chord to the next.

In this first example I am using a chord consisting of F E and C from the Dm7 which gives me a fairly clear Dm7 sound. The G7 altered is using a voicing that consists of b13, 3 and #9 so it lacks the 7th but in the context of the II V I it works quite clearly as an altered dominant. The C chord is using the same sort of voicing as the G7, but moved up a half step so. On that chord that is in fact a 3rd, root and 7th so a complete chord.

The 2nd example use the same voicing for Dm7 but now the chord is moving to the G7alt by lowering the C and the E to B and Eb yielding a G7b13. I also use 4th finger to add a Db on top. One of the advantages to using 3 note voicings is the freedom to add and alter notes above and below the chord. The G7 is resolved to a Cmaj7(9) which is infact an Drop2 E minor voicing.

In the 3rd example I am using inner voice movement which is a way to have small simple melodies moving within the chords. It can be a nice way to add details to a chord progression. In this example the inner voice movement is on the 3rd string on both the Dm and the G7 chords. The Dm7 is using another voicing containing the C, D and F, which then via the inner voice movement becomes a C, E, F voicing of the first two examples. On the G7alt I am using the fact that the sound of the altered notes are enough to get the sound of the chord in this context, so the chord consists of Eb, G and Ab which means that it has no 3rd or 7th, Cmaj7 is a voicing consisting of D, E and G.

The 4th example is also demonstrating inner voice movement, on the Dm7 the chord contains A F and E, but again in the context the C is not really missed. The E moves to D. On the G7 the chord is the same as in the 3rd example except that it is turned around and the movement is in the other direction from F to G in the middle voice. The voicing on Cmaj7 is again the C(9) sound used in example 3.

In the last example I try to show how you might connect these voicings to other kinds of voicings since in the end you’d want to combine them all as a natural whole. On the Dm7 chord I use the same as in the first example but now add the 4th finger to play a high D on the E string. I then voice lead that into a G7 alt drop2 voicing which resolves to a CMaj7, where the voicing used for the C is a G triad over a C note.

I hope you can use these examples as a way to get an idea about how I use voicings like these, and then make it part of your own playing.

You can download a PDF of the examples here if you want to study it later: Jazz Chord Essentials – 3 note 7th chords part 1

I hope that you liked the lesson. If you have any questions or comments then feel free to leave them here or on the video. Please subscribe to my YouTube channel and feel free to connect with me via Facebook, Google+ or Twitter to keep up to date with new lessons, concerts and releases. 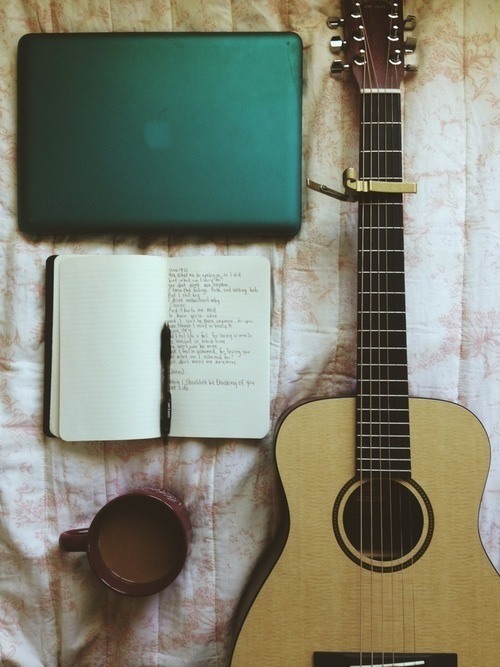