Should You Be Using Sharps Or Flats When Transcribing Tabs And Chords?

Should You Be Using Sharps Or Flats When Transcribing Tabs And Chords?

We will create a chord chart for each key in the major scale. This will show you each chord in a key and when to use sharps and when to use flats when you are transcribing music into tabs and chord sheets.

Creating a chord chart in the major (Ionian) scale

Take a look at this chord sheet of “The Lazy Song” on Ultimate Guitar.

This song is in the key of B. The contributor has tabbed out the chords of B, F♯, E, E♭m, C♯m and G♯m. When you are transcribing music in the major scale correctly, you will not have both sharp chords AND flat chords in the same key! If you look at the key of B in the chart below, you can see there is no E♭m in that key. There is a D♯m. These two chords sound identical and are played the same way.

It is known as an “enharmonic equivalent” when two chords look alike and sound alike but have a different name. I am here to give you a basic understanding of what chords belong in any major key. I will teach you how to figure this out on your own from the ground up. Knowing how this is done will teach you why you cannot mix sharps and flats when you are writing music.

Before we start building our chart, we will review some very basic things:

1. There are 7 different notes in a scale (and seven different chords in a key): C D E F G A B. Once we are done with the seventh note, we start over with the 8th note, known as the octave. The octave is the same as the first note: C D E F G A B C.2. Most of these notes will have sharps and flats that we can use. These are known as “accidentals.” For now, there is no B# or E# and no C♭ or F♭! If you look at the piano keyboard, you can see why. The B and C are right next to each other, as are the E and F. There are exceptions to this rule, but we will cover that later. A semitone (S) is the smallest musical interval commonly used in Western music. It is also referred to as a “half step.” A to A♯ is one semitone.

A whole tone (T) is made up of two semitones. It is also referred to as a “whole step.” A to B is one whole tone.

There are four things you need to know in order to start building a chord chart:

1. The key you are starting with. This part is easy. Just pick one! At the end of the tutorial, I will give you all the keys you can choose from. We will choose the key of A for our first chart.

2. From our key note, we need to know how many steps to go up. Sometimes we go up one semitone (S) and sometimes we go up a whole tone (T). Luckily, we have a pattern to follow for this. The pattern is T-T-S-T-T-T-S. Let’s put that in our chart:

4. The last thing we need to know is that, besides the octave, we can only have ONE of each letter of the alphabet in a key and that we put them in alphabetical order. This is the heart of why we cannot mix sharps and flats! Let’s start with the letter A and write each letter, ending on A (the octave) again:

Now that we have our letters in place, we can start using our T-T-S-T-T-T-S pattern to put in our sharps or flats. We will work from the left to the right, starting with A. For now, we will be using sharps to move up to the next semitone.

1. We start with the A chord. The first step in our pattern is T which means we have to go up one whole Tone (two semitones): A > A♯ > B. This lands us on a natural B. No sharps or flats.

7. And finally, a Semitone will bring us back to our main key: G♯ > A.

Major/Minor/Diminished chords: You can follow the pattern M-mi-mi-M-M-mi-dim-M to figure out which chords are major, minor, and diminished.

Our pattern says the second, third and sixth chords are minor. That means our B is a Bm, our C♯ is a C♯m and our F♯ is an F♯m. Let’s update our chart:

Finally, we can add our diminished seventh chord and our chart for the key of A is complete! We now know what the seven chords are in this key.

Even though this key might use flats (spoiler: it does!) we will still be using sharps to move up to the next semitone for now, just like the last chart. I always start with sharps until I discover which accidental the key actually uses. I will show you how to figure this out for yourself in a moment

1. We will start in the key of F and fill in all of our chords using only one of each letter in alphabetical order:

4. Here is where things get interesting! Our next move is to go up one Semitone. Since we are using sharps to move up, you would normally go from A > A♯, but we cannot do that because it would give us two A chords. As you know, we can only have ONE of each letter in our chart. If you have filled in your letters, you will see that there is already a B waiting there. This tells us that we need a B♭ in the next spot and NOT an A♯!

!!!Now we know we are working in flats instead of sharps!!!

You can follow the pattern M-mi-mi-M-M-mi-dim-M to add in our minor and diminished chords to finish off our chart:

Remember our cord sheet of “The Lazy Song“? If we used the chords that this contributor suggested, our chord chart for the key of B would look like this:

Can you spot the problem? Using the chords that are provided incorrectly, we are missing the D chord and we have two E chords. This is what happens when you write music and mix sharps and flats – you end up mixing keys!

The key to knowing whether you need a sharp or a flat is to follow the alphabet! If we take that key of B and write out our notes alphabetically, we would know that we need a D in the third spot like so:

Just follow your T T S T T T S pattern to determine your sharps or flats and then fill in your minor and diminished chords and you have correctly charted this key:

What key am I in?

Before you can write chord sheets, you have to figure out what key the song is in. This can be a simple answer or a complex one, depending on the song! Some songs switch keys in odd places, then switch back. Some pieces borrow chords from other keys throughout the whole song! There are a couple of rules that will help you determine what key you are writing in.

1. This may sound over simplified, but the first and/or last chord that is played in a song will often be the key you are in. Take our Bruno Mars song for example. It starts and ends on B.

This can also be referred to as the key of G♯m. It is called a “relative minor.” The sixth note on our chord chart will always be our relative minor.

You should be able to use our patterns now to write out the rest of your chord chart! There are only a few more things to know before we are finished:

1. There is not a separate key for every single note in our scale. For instance, there is no key of A♯, but there is the key of B♭ which sounds the same. The circle of fifths below will show you what keys your chart should contain.

2. You will run into issues where you have to use chords that you have been taught do not exist! Yes, you will be writing out E♯, B♯, C♭, and F♭ on your chord chart! I will talk about this a little more on the next page.

3. The circle of fifths below will also show you how many sharps or flats are in a key. You can use this as a “cheat sheet” when building your chart. Earlier, we charted the key of F and we ended up with only one accidental: B♭. You can check the circle of fifths and it shows you that there is only one flat in that key, so you know our chart is correct.

4. The smaller letters on the inside indicate the relative minor of the key. Exceptions to the rules:

Take a look at our completed chord chart below: Yes, I know. I told you they did not exist, yet there they are! This is somewhat complex to explain, but I will try.

1. E♯, B♯, C♭, and F♭ do not technically exist as semitones in the major scale. There is no half-step between the notes of E and F or between B and C. If you look at a piano, you will see these as white keys next to each other. There is no sound between these notes.

3. This is a confusing concept, and it is much easier to say that these notes do not exist since most people will not have the occasion to use them. However, when you are writing out a chord chart like the one above, we do need to use them. Again, we go back to one of the golden rules in finding the chords in a key: we can only have ONE of each note in a key, in alphabetical order.

4. Take a look at the key of C♯. If you look at your circle of fifths, you will see that we need seven sharps in that key! Well, there are only seven different chords in a key. That means every single one is going to be a sharp, even the E♯ and B♯. Since we have to use each letter once, there is no way around it.

About the Author:
By Carrie Petri. Please contact me for comments or corrections: carriep63[AT]gmail[DOT]com.

How To Choose A Guitar For Beginners. 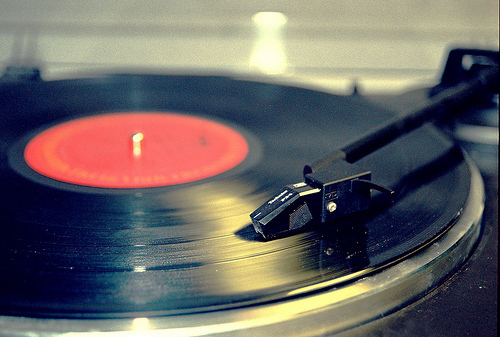 Make It Musical: Etude Instead Of Just Practicing Exercises
January 26, 2015