Greek to Geek – Buying Guide of Headphones and Earphones

Greek to Geek – Buying Guide of Headphones and Earphones

Purchasing a good set of headphones has always been a tough task, like a leg day at gym, specially when there are so many options available in market and people in reviews talk in all Greek with all the fancy jargon that you just can’t figure out. To help you get through it Bajaao brings to you this comprehensive Greek to Geek guide on Headphones.

The first thing obviously is to choose between a Headphone or a pair of Ear-buds. While this is not something that most of you would be confused about as most of us have their preferences over the other. A person who wants to experiment will need some information. While both have some pros and cons, for some people one of the two suits more mainly due to comfort and portability issues, because, if you are willing to spend some money… sound quality that you get is comparable. Lets first take a look at all the types of headphones and ear monitors/ear-buds available in market.

Circumaural: Also known as full-sized headphones these are the kind that completely envelop your ears. They have a cushion padding that rests around your ear and serves great noise isolation and comfort.

These kind of headphones provide superior sound quality and give a lifelike soundstage. They have good potential for maximum bass and loudness levels. They effectively seal ears and blocks ambient noises. The downside is they are quite heavy and form factor is not such that can offer good portability. Also they often result in heating of ears (due to body heat) as they cover ears like a blanket.

These headphones provide similar comfort and are easier to carry though they tend to leak sound to people around you but who cares.

Earphone: These kinds rest in your ear and feed sound right in the ear canal. They are very light and small in size and hence serve great purpose for portability. They don’t generally provide much of noise isolation and aren’t very high quality in terms of sound due to size limitations.

In-ear, canalphones: These are the kind of earphones that go inside the ear canal and feel sound at a designed angle directly near the eardrum. These earbuds go anywhere from dynamic driver to balanced armature to multiple balanced armatures in one, and at times hybrid of both. Though they are designed for portability, they are very capable of delivering high quality of sound and for the same reason they are used by most of the musicians on stage as reference monitors.

Closed Back vs open back

Closed back has basically the back side of the headphone closed while in open back the back side of the headphone is partially open (Don’t you just love when technology is that simple?) While the closed back headphones direct the sound only in one direction, that being your ears, an open back headphones direct the sound in both the directions so to speak. That said, an open back headphone will let some ambient noise leak in and will also provide huge and live like soundstage, while a closed back will have a slightly better bass response and will block most of the ambient noise with an expense of soundstage.

Dynamic driver is a diaphragm which has a coil in the center which is suspended around a strong magnet. When current is applied to the coil, it moves and in turn the diaphragm moves and produces sound (typically looks like a speaker). Whereas in a balanced armature type headphones the an armature arm is kept in the magnetic field which oscillates and its connected to the diaphragm to produce sound. Balanced armature drivers are kept in an enclosure and produce a very detailed sound.

Frequency Response: This basically tells you what all frequencies your headphones are able to reproduce when the signal is fed. Human ear is capable of hearing 20 Hz-20 kHz unless you too came from Krypton. So a headphone claiming to reproduce frequencies lower than 20 Hz or greater than 20 kHz is basically useless. That said, a considerable faction believes that headphones with better frequency response sound better. Though this is arguable but the vice-verse obviously sounds poor.

Impedance: It means the resistance of the circuitry of headphones. How does it works? More the resistance, more the voltage required to drive the headphones. Well to your disappointment it’s not that easy. While headphones with lesser impedance are easy to drive and are louder, there is more to it than meets the eye.

A headphone with low impedance will be easier to drive, especially with a portable device like a phone or iPod, but these headphones’ output will change with the type of device you use. For a certain device they’ll excel and for certain device they might not be able to deliver up to expectations. Also, a headphone with lower impedance will be more prone to blowing out when fed with a tube amp or a high output amp. For this reason headphones with higher impedance are used. High impedance headphones are said to sound superior because their output sound signature doesn’t change with the change in audio device, however it takes an amplifier to drive them should you plan to use a portable device.

Maximum Input Power: It explains the maximum amount of input power a pair of headphones can handle before the sounds began to clip and noticeably distorted. Higher the MIP, louder the headphones can get.

Sensitivity: Sensitivity is basically the efficiency of the headphone. Technically it means what proportion of input signal, is the headphone able to convert into audible sound with minimum loss (heat loss, flux leakage). What it means is, how loud the headphones are going to be. It’s measured in decibels of Sound Pressure Level per milliwatt (don’t worry if you didn’t understand any of that, even I had to brush up my knowledge)

Sound Pressure Level: (I wish you luck on this one) Sound waves travel in the form of compression and rarefaction in the air. So sound pressure is the difference in the pressure a sound waves creates with respect to the atmospheric pressure. Sound Pressure Level, on the other hand, is the logarithmic measure of the effective sound pressure relative to a reference value. The reference value taken is the threshold of human hearing, in other words the least level of sound that can be heard. TLDR more the SPL louder the headphones will be (there. I can’t get it in simpler terms).

Total Harmonic Distortion THD: Well I understand two things from it, ‘total’ and ‘distortion’…good enough! Not going too technical about it, lets understand what it means in terms of output quality. Harmonic comes from harmony, which we all are familiar with. So whenever an instrument is playing for instance say A=440 Hz note, its also producing its harmonic frequencies which are not very audible and loud but contribute in the signature tone of an instrument. THD is the level of difference in the level of input harmonics and output harmonics. The lesser the distortion in output harmonics, the better the sound. Generally anything below 1% is acceptable, though audiophiles go for values lower than 0.07%.

Mostly, specifications just tell you about what your headphones are capable of doing and at times they might be just bogus or exaggerated, but almost always they don’t actually translate to how well the headphones sound. There can be various factors behind it but we are not going there right now. So how do you judge the sound of the headphones? How do you know if they are going to suit your style? Sound quality is judged on the following parameters that you’ll see in a detailed review of product:

Timbre: Also known as the Tone Color or Tone Quality, it is the quality of a musical instrument that differentiates one instrument from other. For instance a Classical guitar and a Spanish guitar are playing the exact same note at same loudness, still one can listen a figure out the difference between the two. This is mainly categorized as Bright, Dark, Warm, Harsh, etc. Other two attributes that come in together with timber to explain more about the characteristic of sound are Harmonics and Envelope.

Envelope: Envelope means the sound, sustain, attack and decay of a sound. In simple terms if you check the waveform (like the one on SoundCloud) and join all its crests with one curve, the resulting structure is an envelope of sound.

Sibilance: This is essentially a sound characterized by pronouncing words with the letter ‘s’. In headphones the ‘s’ should sound clear and distinct, not smeared or distorted as in ‘sh’. The letter ‘s’ should sound like a hissing sound. A headphone with high sibilance means that it has a heightened frequency response in the frequency range of 7-8 kHz. All headphones essentially have a little sibilance but a headphone with least sibilance is what you should look out for.

Presence: This means the characteristic of the headphones that makes the sound feel more present. For instance listening to a stage recording, presence is what that’ll make you feel more present in front of the stage. Presence is achieved with two main attributes namely, Imaging and Soundstage.

Imaging: In the simplest language, imaging means the ability of the headphones to reproduce sounds as if it’s coming from different instruments with full sound and clarity of each instrument and spatial positions.

Soundstage: This means the ability of the headphones to spatially reproduce each sound source. A headphone with good soundstage will produce great results with binaural recordings and the sound will feel like as if coming somewhere outside of your head. Soundstage is a bit tricky than it sounds like to reproduce, as actual soundstage is achieved due to the reflection, diffusion from walls and the crosstalk. So only binaural recordings that are recorded in a special way can do actual justice. Stereo sounds sounds just sound more apart from each other, which gives a more wider feel. However it’s a long debated topic that soundstage comes at an expense of imaging. So it’s up to one’s personal choice to have a headphone with better imaging or wider soundstage.

Which Audio Interface You Should Buy?
January 14, 2016 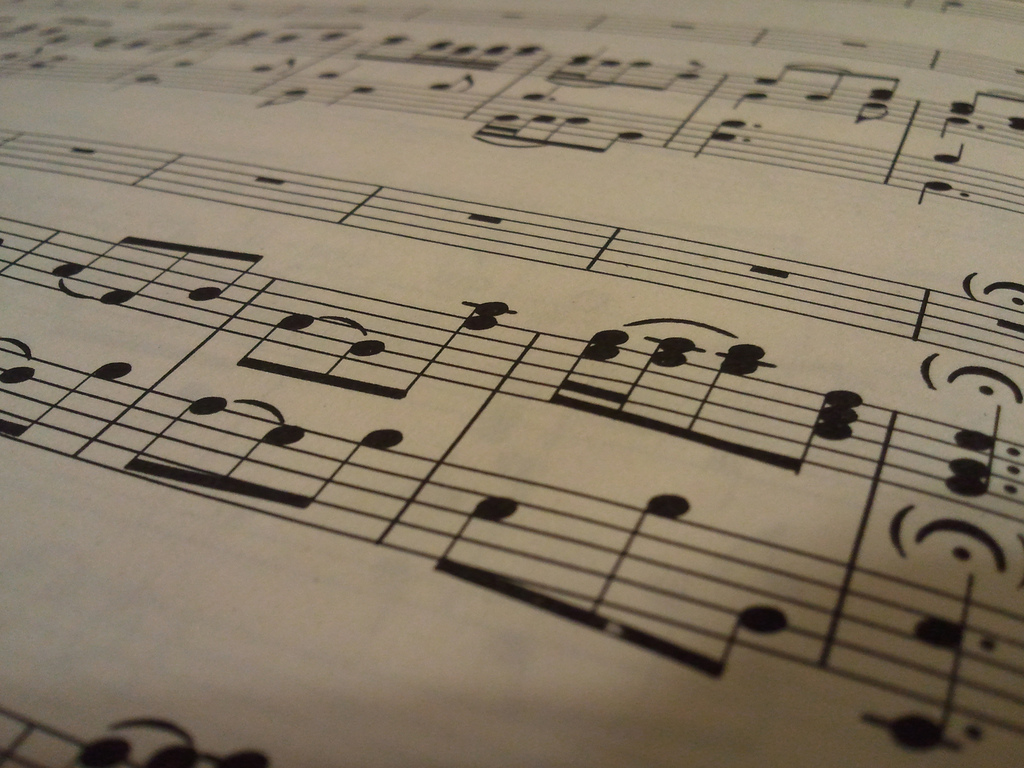